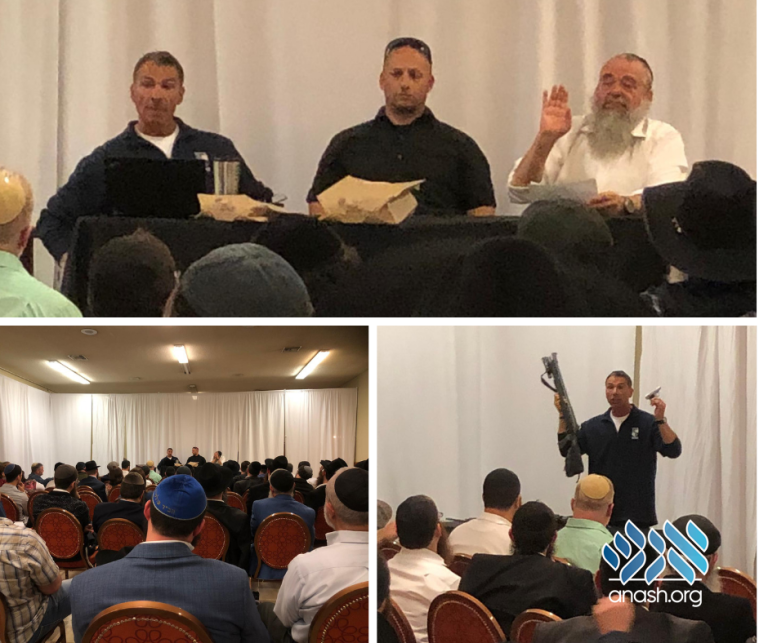 Shluchim in Northern California met up earlier this week to discuss security and safety procedures in their Chabad Houses and communities.

The information event was held in the wake of an increase in anti-semitic incidents throughout the country, and specifically the attack on the Chabad House in Poway that left one woman dead and multiple injured.

The event was attended by more than 40 Shluchim as well as lay leaders of their respective Chabad Houses who were willing to assist in upgrading and enhancing their own communities’ security procedures.

Lt. Jon Mazer, Solano County’s Deputy Sheriff and former director of the Office of Emergency Services, as well as San Francisco Police Inspector and Advanced Security Specialist, Steve Harris, discussed a number of security-related topics, including general firearm usage and firearm keeping information. They also spoke to the Shluchim about assessing active shooter situations, and different ideas of just how transparent Shluchim should be with their communities about their security implementations.

A number of low-cost security deterrents that could be implemented immediately were suggested, enabling the attendees to walk away from the event with practical tips on how to step up the safekeeping of their communities.