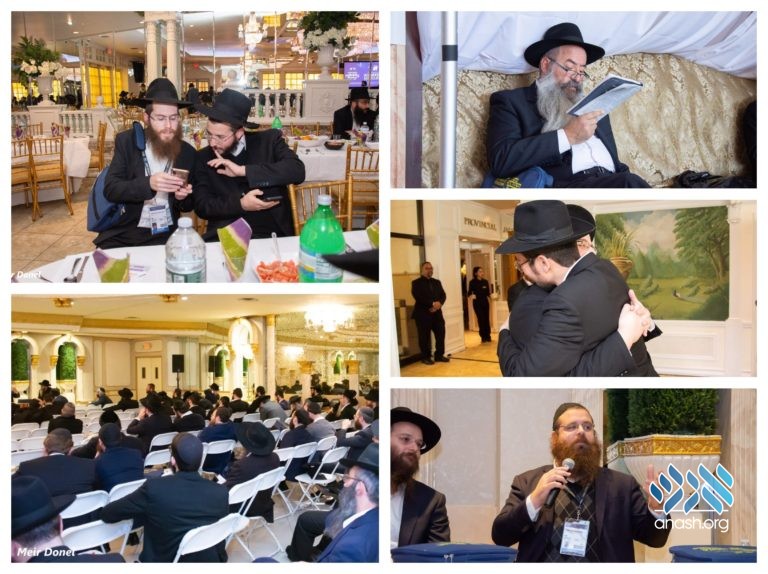 Following the first round of workshops, the shluchim gathered in the Grand Ballroom for mincha and lunch.

During the meal, Rabbi Yosef Minkowitz of Montreal, Canada spoke about the significance of shivim shana- 70 years of the Rebbe’s leadership.

Rabbi Mendel Kaplan of Chabad of Flamingo in Thornhill, Canada addressed the challenge of bringing the message of moshiach to every Jew. Rabbi Kaplan is a JLI course writer and noted lecturer, known for his eloquent shiurim full of practical wisdom. The general session was moderated by Rabbi Shneur Raitport of Yangon, Myanmar.

A second round of workshops followed lunch, including a talk by Rabbi Yochanan Gurary of Cholon, Israel, sharing the wealth of guidance he received directly from the Rebbe. Additional sessions on topics such as chinuch, fundraising, Chabad House security, and the Rebbe’s position on Eretz Yisrael were held throughout Leonard’s Palazzo.