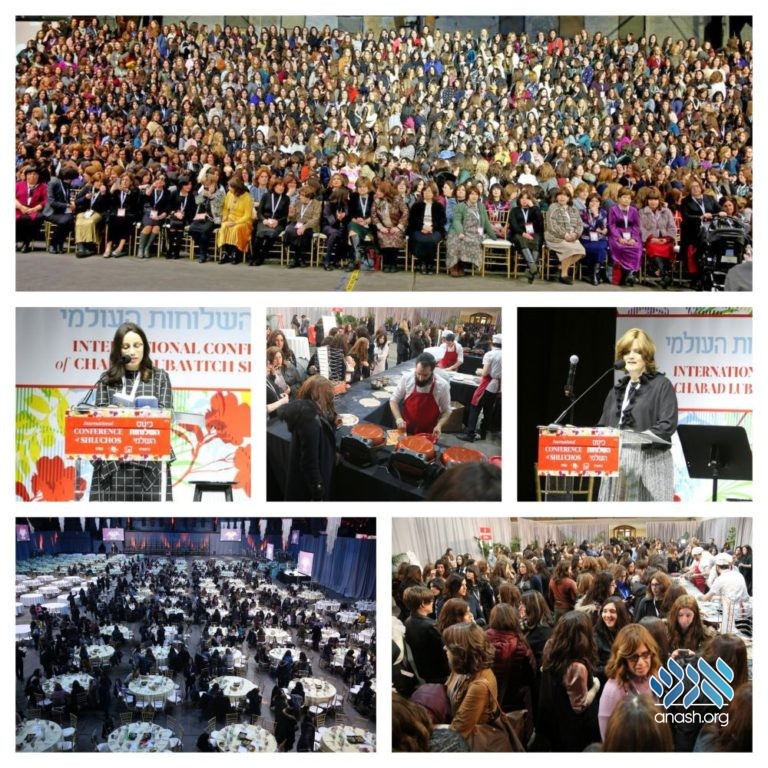 At the Kinus melava malka, Mrs. Rochel Smoller of S. Diego, California spoke about the teacher whose life she merited to save. A grand shluchos photo was taken right after the inspiring program.

On Motzei Shabbos, close to 2,000 shluchos gathered at the New York Armory in Williamsburg for an inspiring melava malka program. The evening was chaired by Mrs. Rivkie Denberg of Coral Springs, Florida, who sang a heartfelt nigun before introducing each speaker.

Mrs. Rochel Smoller of S. Diego California shared the story of how she merited to save the life of her child’s beloved teacher by donating a kidney of her own. We are sent on our shlichus, indeed to this very earth, just to do a favor for another.

Following the program, the shluchos headed to the bleachers prepared at the back of the room for grand annual Kinus Hashluchos photo.