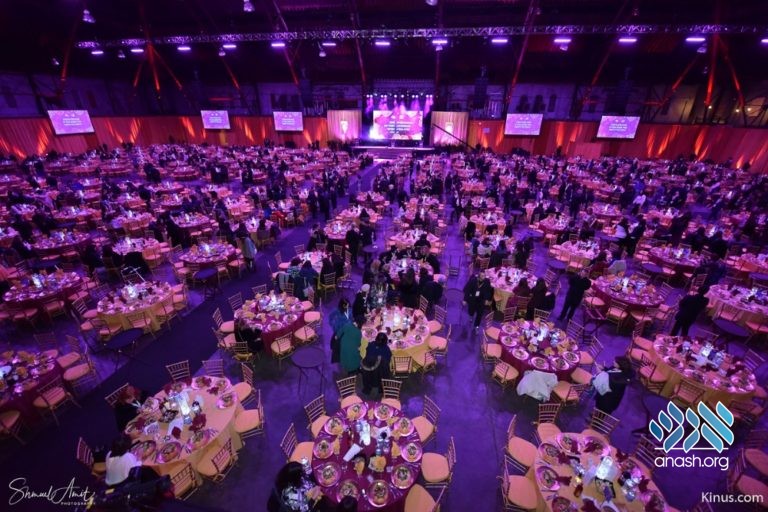 Dini Freundlich arrived in the United States two weeks ahead of her keynote address at the International Conference of Chabad-Lubavitch Women Emissaries (Kinus Hashluchos), not because she needed to prepare, but because she had to be sure she was healthy—a sort of self-quarantine before interacting with thousands of other women in New York.

Her life has been anything but simple over the past month. Freundlich, who co-directs Chabad Lubavitch of Beijing with her husband, Rabbi Shimon Freundlich, has had to help her family and community deal with the deadly COVID-19 coronavirus as it has spread from its origination in Wuhan, Hubei Province, to other areas of China and the world, including, as of this week, more than two-dozen confirmed cases in the United States.

Freundlich brought her two youngest children along—she is the mother of six and grandmother of two—while her husband remains in China, handing out protective face masks and doing whatever he can to help residents and tourists.

The kids, ages 8 and 12, attend the Ganeinu International School in Beijing, but have been off since the weeklong break for Chinese New Year in January. After the holiday, the country shut down schools indefinitely due to fears of the virus spreading, so the trip has proven a welcome break from both the stressors of being outside and the boredom of being inside—a factor that seems to have gone overlooked in all the urgency.

“The Israeli embassy sent home families with kids, and the U.S. embassy evacuated everyone under 21, and we tend to follow their guidelines,” Freundlich tells Chabad.org of diplomatic activity in China’s capital of Beijing. She and her children are scheduled to return in early March, and Freundlich makes it clear that they will go back, even though flights have become sporadic.

Focusing on the Convention

But her attention turns from the virus that’s made headlines on a daily basis to the task at hand: serving as keynote speaker for the conference, which runs from Thursday through Sunday night, when she will address a room filled with 3,100 colleagues and guests at the gala banquet.

The Rebbetzin’s yahrtzeit holds special meaning every year for the more than 3,000 women from all over the world, who gather to learn, get advice, share stories and reunite with family and friends. It is a poignant reminder of how the Rebbetzin remains an ongoing role model for the shluchos and Jewish women everywhere.

The theme this year is centered on ahavat Yisrael (“love of fellow Jews”), and the concept hits home for Freundlich. “I feel strongly that there are so many things that unite us, as opposed to divide us,” she says.

While the mission of the Rebbe was multifaceted, she points out, emphasis was placed on the idea that “a Chabad House should be a home—a home that’s not only inspiring, but where a Jew can feel comfortable and welcome wherever they may be in the world.”

Situated in Beijing—admittedly, a more remote locale—she notes that she and her husband don’t serve a set group of people each week like shluchim to many smaller communities do. They serve Jewish men and women stationed at embassies, students on exchange programs or extended stays, businesspeople, tourists and backpackers, mashgichim (“kosher supervisors”) in the country to oversee kosher products in factories around China for export to the world and who often stay for Shabbat, in addition to some regular residents. (She makes it a point to say that Jewish prayer services are for foreign passport-holders only; Judaism is not a state-recognized religion in China.)

“Often, their first impression is their last,” she says. “There are hundreds and hundreds of people, thousands of people, who come through that I would never recognize or see again. I won’t get to foster individual relationships with them. We meet needs for kosher food, services, mikvah. We’re a port of call.”

As such, she feels a great responsibility: “This may be someone’s only impression of Chabad, and we’ve got to make it a good one.”

‘A People Who Came Out Ahead’

Impressions are crucial in the Freundlichs’ line of work. When they first arrived in Beijing after serving as emissaries in Hong Kong from 1995 to 2001, they had a bit of sticker shock.

“My first thought was that it was a giant shtetl,” recalls Freundlich, “a big, vast shtetl with a small sort of mindset, socially and culturally.”

She goes on to describe the look of “Old China” (“it looked like a movie set”) before the 2008 Summer Olympics in Beijing were announced—before the high-rise housing boom and street signs with English on them. “When we first got there, if you didn’t speak Chinese, you couldn’t function.” And so she immediately started formal study of the language, which she can now speak but not read or write, unlike her children who attend their Ganeinu International School as part of a trilingual immersion program (Hebrew, English and Chinese).

These days, she notes, it’s so much easier with phone services and apps. They can visit Western-style supermarkets for staples like pasta and rice, fish, fruit and vegetables, but can also shop online for all kinds of items, even kosher food. (Kosher milk eludes them, but Asia isn’t dairy-heavy.) And China now imports and exports many more goods than it did 20 years ago. So much has changed, she says, even as the people exhibit the same friendliness and curiosity as they did in their early days there.

‘Anti-Semitism Does Not Exist in China’

In fact, they still call her husband the “Big-Bearded Man,” though without malice, she says.

“Anti-Semitism does not exist in China,” she emphasizes, adding that she has never felt afraid or unsafe because of her Judaism; that Jews can wear kippahs freely and not be threatened. Part of that, she explains, is an affinity the Chinese hold towards Jews that goes back to World War II, when they both were subjected to unspeakable suffering by the Axis powers.

“They see us as a people who were oppressed and who still came out ahead,” says Freundlich. “They look at us in awe and fascination.”

Freundlich originates from South Africa—her parents were among the first Chabad emissaries there—and her husband is from London. Mixing among those from other backgrounds is natural, as Freundlich notes that her children are as comfortable in their adopted country as she was growing up in hers. She says she comes from a strong mother (“an extremely proud woman”), which seems to set the stage for inspiration in a way Freundlich intends for those now in New York for the conference from every part of the world—more than 100 countries—to be inspired and engaged by their fellow colleagues.

Still, she emphasizes that the Rebbe gave a job to every single Jew, not just those, like shluchim and shluchos, who work full-time at outreach. “We all have a responsibility to others, to offer a kindness, to reach out, to smile. We should find areas we shine in, each woman and each of her daughters—our creative side, social side, academic side.

“As women, we have every ability to be part of the Rebbe’s mission and dream. We need to spread the love and warmth and message of the Rebbe; we need to help make the world a better place.”