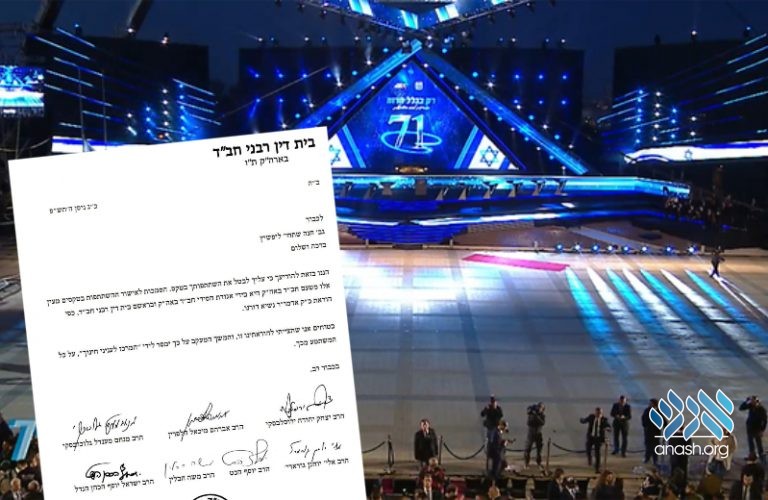 Despite being honored to carry a torch at Israel’s Independence ceremony, shlucha Mrs. Chani Lipshitz declined after a directive from Chabad Rabbonim.

Shlucha in Kathmandu, Nepal, Mrs. Chani Lipshitz announced today that she will not be lighting an independence day torch and will be canceling her participation in the event. This comes following a letter she received from Vaad Rabbonei Chabad b’Eretz haKodesh, asking her not to join due to the Rebbe’s stance on the matter.

Lifshitz, who runs the Chabad house in Katmandu alongside her husband, Rabbi Chezky Lipshitz, was selected to light the torch by Israeli Minister of Culture Miri Regev, who said, “I am pleased to announce my decision to select [the Shlucha] to bear a torch… the Chabad Shlucha in Kathmandu, Nepal, symbolizes the concern for others, warm hospitality, and love of the Jewish People that characterize the holy work of Chabad Houses around the world.”

However, last week, Vaad Rabbonei Chabad b’Eretz haKodesh, the official counsel of Chabad Rabbonim, sent a letter to the shlucha requesting that she cancel her participation. This is due to the Rebbe’s position on Israel Independence ceremonies and Chabad’s stance on Zionism.

Yesterday, she informed Minister Regev that she would be unable to participate, and she thanked her for recognizing the contribution of the Kathmandu Chabad House to the unity of Israeli society.

On her Facebook page, the Shlucha thanked her supporters, “I thank each one of you again for your blessings, the wishes, and especially the gratitude that came from all over the world. While I did not get the honor of carrying a torch, I received the greatest honor in this world – a life of mission and mutual responsibility. There is no greater gift than this.”