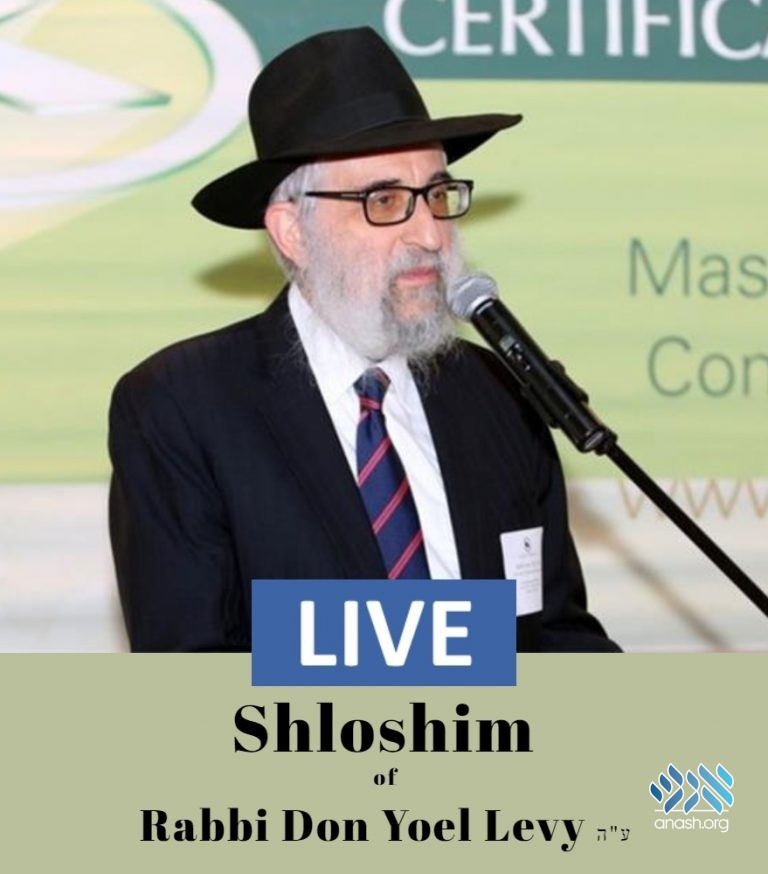 Heads of Kashrus agencies and leading figures in the kashrus world will pay tribute to Rabbi Don Yoel Levy at a virtual event marking his shloshim.

Rabbi Levy, who passed away last month, stood at the helm of OK Kosher and transformed it into the acknowledged trailblazer for the entire industry, establishing the standard for kosher in the United States, Europe and the Orient.

A leading international authority on kosher food, Rabbi Don Yoel Levy was supported by the world’s most professional and knowledgeable team of kosher experts. Rabbi Levy guided the agency’s development in a new era of global economic growth, advances in technology, and soaring demand for kosher food worldwide.

In recognition of Rabbi Levy’s transforming the Kashrus scene, speakers from almost every major Kashrus agency will be speaking at the event. These include OU, CHK, MK- Canada, cRc, and the Belz hashgacha. Also speaking will be family members and friends of Rabbi Levy.