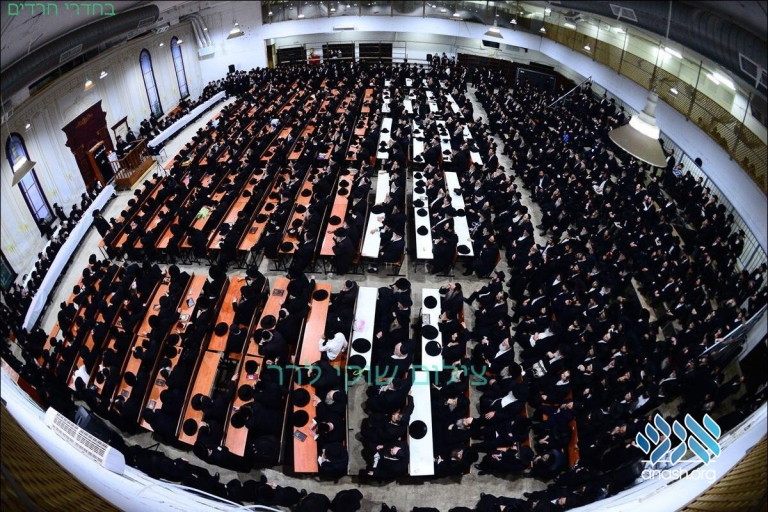 Hundreds of men from all walks of life joined together for a belated shloshim gathering for the Rov of Bnei Brak, Rabbi Moshe Y.L. Landa, who passed away on the 24th of Adar II. The dais in the large shul of Belz-Machnovke was graced by leaders of many different communities, including Sefardim and Ashkenazim, Chassidim and Litvishe circles. The seats were filled and it was standing room only. It was a showing of great unity and achdus, that highlights the great impact that Rav Landa had in his time.

The featured speaker was Rav Boruch Povarsky, the Rosh Yeshiva of Ponovizher Yeshiva, who spoke about his relationship with the late rov, dating back many decades. He spoke about how Rav Landa was always looking out for the whole city’s best interests and continued to do so even after his passing, by assuring that peace will reign in Bnei Brak and appointing two rabbonim in his place. He also mentioned how he knows his son, the current rov Harav Aizik and the wealth of his knowledge of Torah. “Harav Landa left us in good hands,” he said.

The Zutshker Rebbe of Bnei Brak – whose late father and grandfather fought to preserve Rav Landa’s kavod and stature as rov.