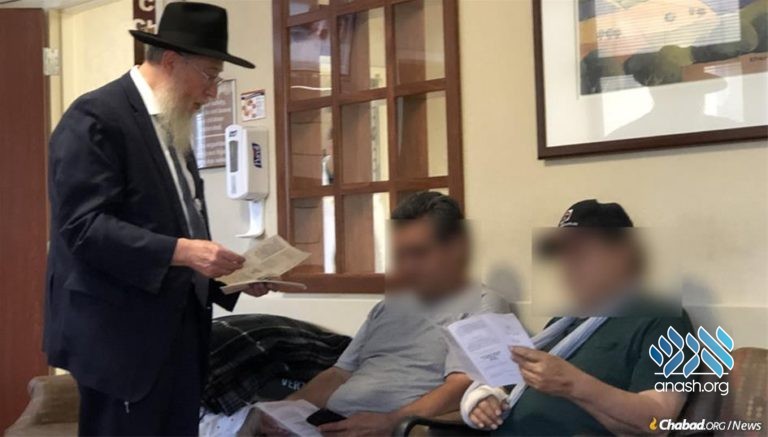 As soon as the Shabbos ended, Rabbi Yisroel Greenberg of Chabad of El Paso rushed to a local hospital where some of the victims of the massacre at a Walmart that left 20 dead and dozens injured had been taken, to see what comfort he could give to the injured and to the families of those who had lost loved ones. Although he did not personally know anyone who was killed or injured in the attack, Greenberg felt it was important to be of assistance in any way he could and to be with the families who were dealing with unfathomable grief.

“They appreciated that we, as Jews, as members of another faith, reached out to them and gave them support,” said Greenberg, acknowledging that “Nobody knows what to say. This is something you just can’t explain.”

On Sunday morning, Greenberg visited a second area hospital and once again spent time with the injured and the families, but again there was little he could say or do other than sit quietly and share some personal prayers with those who were grieving or injured. The rabbi shared an English-language “A Get Well Wish” pamphlet with the wounded and their loved ones, which he says people found comforting.

Also comforting victims and their families was Rabbi Levi Greenberg who visited people at the University Medical Center in El Paso.

“It’s a tough time,” said Yisroel Greenberg. “The Jewish community, like everyone here, is very shaken by this massacre. In these dark times, it’s important to keep in mind the teachings of the Rebbe, [Rabbi Menachem M. Schneerson, of righteous memory] that we need to increase our good deeds and show people that we care, adding light to the darkness through compassion and acts of goodness and kindness.”