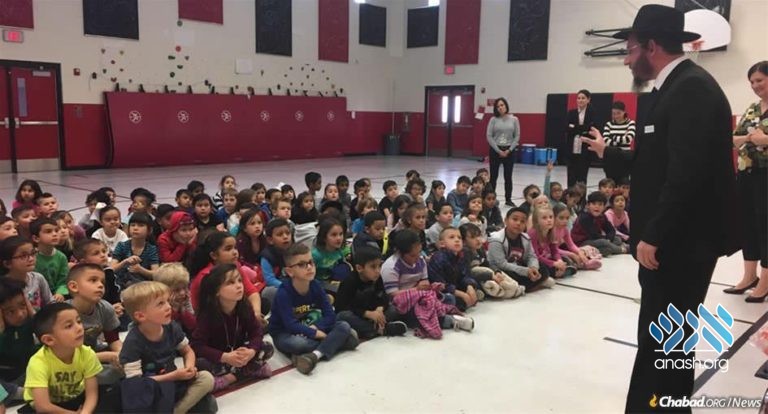 In the aftermath of the deadly mass shooting that claimed 22 lives on Aug. 3 at a Walmart in El Paso, Texas, a local Chabad-Lubavitch emissary is encouraging people of all faiths to focus on charitable living as a means of combating hatred.

Writing in the El Paso Times, Rabbi Levi Greenberg, associate rabbi of Chabad of El Paso, said, “I do not purport to have a magic wand that can wipe away all the hatred from humanity, but I feel compelled to share an idea that can attempt to deal with this plague in a holistic fashion.”

Noting that the Lubavitcher Rebbe encouraged men, women and children to become charitable givers, Greenberg says that giving tzedakah “revolutionizes our sense of purpose and perspective without hearing a single lecture.”

Greenberg, whose article was translated into Spanish for El Diario, specifically points to a new program called “ARK” (Acts of Random Kindness) being offered through the El Paso Community Foundation, a regional philanthropic organization. The ARK program was created by Change Our World for Good, a division of Chabad of Johannesburg, South Africa.

Through the El Paso Community Foundation, area schools can sign up to participate in the program, with students given their own personal charity holder (in the form of an ark) to collect coins. Greenberg believes that expanding this program to even more schools will help children focus on the needs of others and learn the joy of giving.

The rabbi noted that the program has already proven successful in the area, as a participating high school student in Juarez, just south of El Paso, “thanked his principal for bringing ARK to the school and shared that until now, he had been apathetic to the rampant poverty in Juarez. Giving charity every day changed everything, and he is more compassionate and sensitive to the plight of the less fortunate.”

That, he continues in the piece, is the ultimate goal.

“Although the giving happens at home, ARK motivates classroom discussions and school projects about kindness,” writes Greenberg, noting that “when someone becomes a giver at a young age, it’s impossible to hate others so blindly.”

The shooting at Walmart wasn’t the only recent shooting that has impacted the El Paso rabbi. A few of Greenberg’s nieces and nephews were in the Chabad of Poway, Calif., on the last day of Passover when a gunman entered the synagogue and fired off rounds of bullets, killing congregant Lori Gilbert-Kaye and injuring three others, including senior Rabbi Yisroel Goldstein.

“There is no way to process such insanity,” Greenberg writes of the Walmart shooting. “It defies comprehension that a young man made the exhausting and arduous drive across Texas just to kill people. But you can’t negotiate with darkness; the only way to get rid of it is by introducing more light, even from afar.”

A new program called “ARK” (Acts of Random Kindness) is being offered through the El Paso Community Foundation, a regional philanthropic organization.