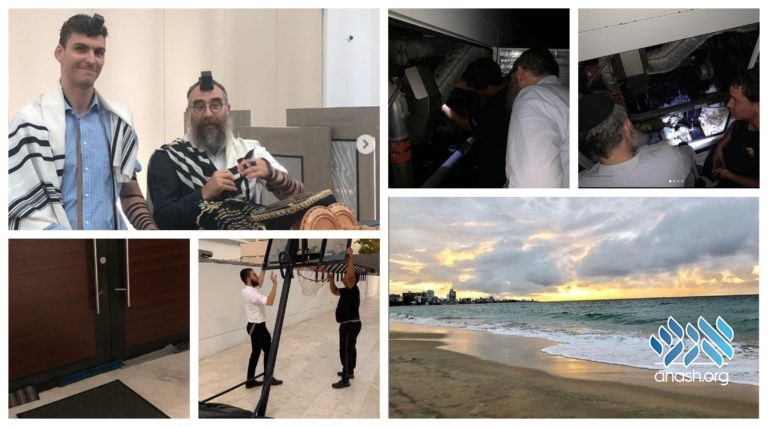 Shliach Rabbi Mendy Zarchi of Chabad of Puerto Rico had prepared for the worst. Hurricane Dorian was supposed to land a direct hit on the island. Generators were prepared, supplies were gathered and the doors were sealed. At the last moment, it turned North.

As soon as it was clear that it would not hit the Island he sent out a message of thanks, but at the same not forgetting and wishing the best for those who may still in the path of the destruction. He sent the following message:

“We are grateful to G-d for sparing Puerto Rico as #HurricaneDorian at the very last moment moved north enough that its effect on mainland Puerto Rico was almost null. We hope and pray that Vieques, Culebra, and USVI are faring well and may Dorian continue to spare the Florida coastal populations. Thank you to all those that reached out with concern and readiness to be of help.”