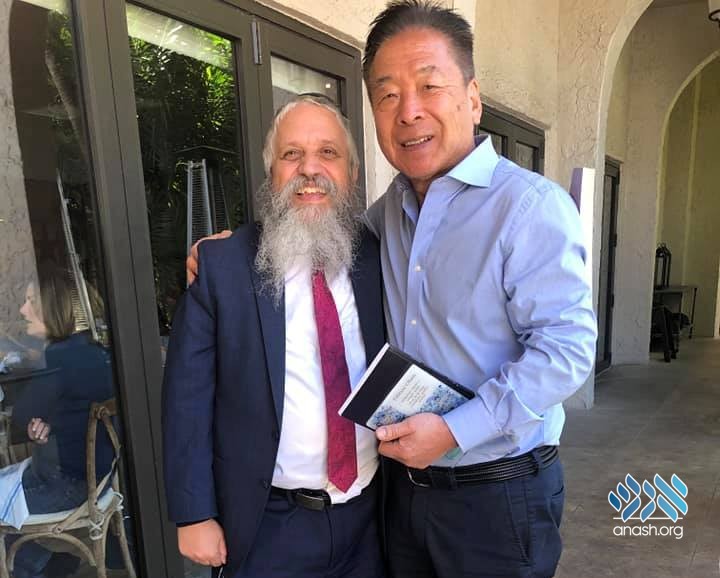 Rabbi Zalman Bukiet of Boca Raton had a meeting with with Nobuki Sugihara, the son of Chiune Sugihara, on Friday.

The senior Sugihara was the vice consul for the Japanese Empire in Lithuania at the time of World War II, who helped some 6,000 Jews flee Europe by issuing visas at his own initiative that allowed travel through Japanese territory.

Rabbi Bukiet’s father, Chaim Meir, was at the time a talmid of the Lubavitcher Yeshiva in Vilna who was among those provided with a life-saving visa. Those rescued went on to have many children and grandchildren; tens of thousands of Jews around the world are alive today thanks to the actions of Sugihara, who was recognized by the Yad Vashem Holocaust Museum in Eretz Yisroel.

“I had the merit today to meet Nobuki Sugihara the son of Chiune Sugihara. The Japanese diplomat that saved my father by giving him a passport in Vilna to go to Shanghai. My family owes his family a a big thank you that I did today. I hope his father in heaven received my thank you and gratitude for his heroic act.”