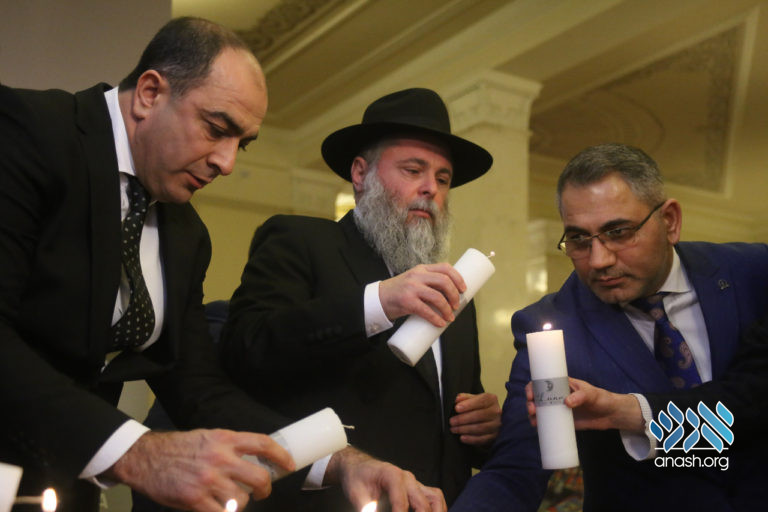 For the first time in its history, the Ukrainian parliament, marked both International Holocaust Remembrance Day and the 75th anniversary of the liberation of Auschwitz on Thursday.

During his address, Rabbi Markovich spoke of his grandfather, who he is named after. He told the attendees his namesake was murdered by the Nazis and their collaborators during the Holocaust’, saying “I would like to tell you all about the Austreicher family that lived in Ukraine during the second World War.”

He continued, saying that “the family’s father was Rabbi Jonathan Benjamin and his wife was Feiga Esther. The murderers brought the family into a room, along with their three granddaughters, and burned them. I am proud to stand here today and to affirm that I, Jonathan, carry on the name of my great-grandfather who was burned in this land just because he was a Jew!”

Rabbi Markovich finished by reciting Kaddish for the Neshmos of the Jews who were murdered during the Holocaust.

Israel’s Ambassador to Ukraine, Joel Leon, spoke about the members of his own family, including his great-grandfather, were also murdered there. And referenced the extent of Nazi Germany’s Holocaust of Ukrainian Jewry. “Of the six million Jews murdered in the Holocaust, 1.5 million of them including men, women, children and babies, were murdered here, in the territory of Ukraine.”