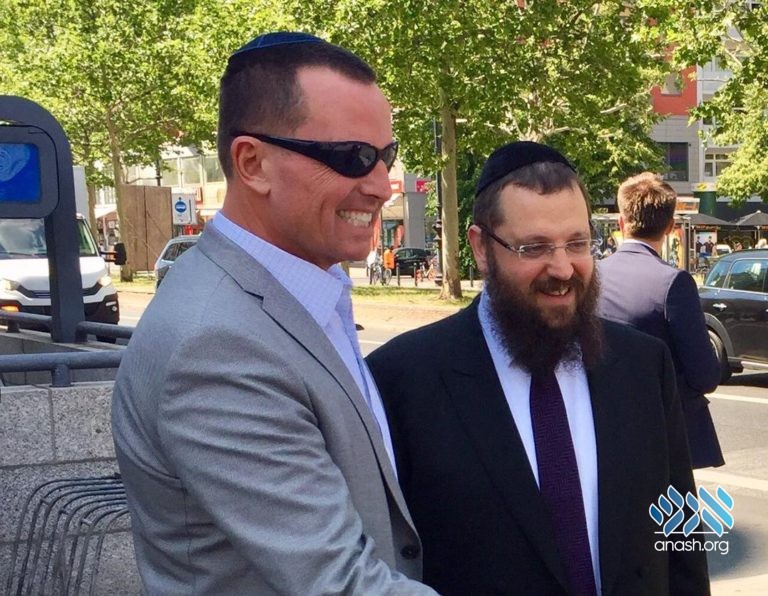 Shliach to Berlin Rabbi Yehuda Teichtal was heading home from shul Friday night with his son, when was spat at and sworn at and sworn at by two men inside an apartment building.

Police said Wednesday they were treating the incident as a religiously-motivated crime and are currently looking for suspects.

Teichtal, who said the two men spoke in Arabic, called in a statement for “tolerance, dialogue and training.”

Despite increasing anti-Semitic incidents, he says he remains “convinced most people in Berlin do not want to accept this aggression against Jews as a sad part of everyday Jewish life.”