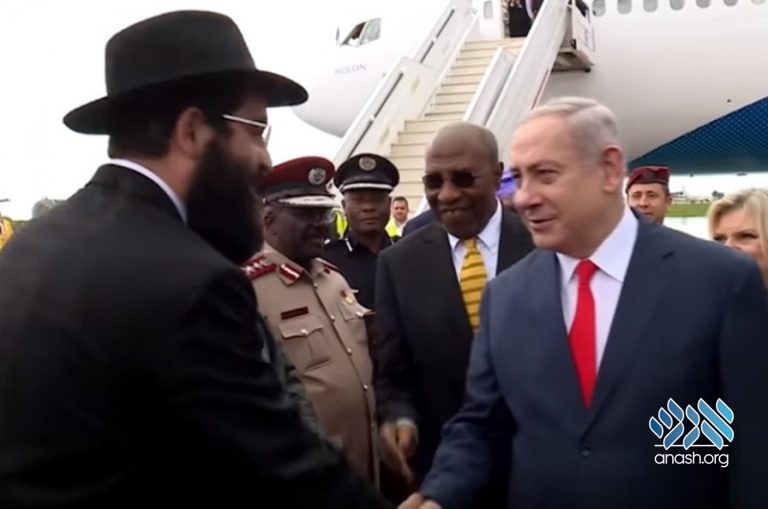 This is Netanyahu’s fifth visit to an African country in three and a half years, and the third country he is visiting in the past week after the US and Russia.

Chabad of Uganda was established two years ago by Rabbi Moshe and Yocheved Raskin, making it the 100th country in the world where Chabad has a permanent presence.

Uganda is the country where Netanyahu’s older brother Yoni was killed, during the raid on the Entebbe airport in 1976. In 2016 Netanyahu visited Uganda to mark the 40th anniversary of that operation.