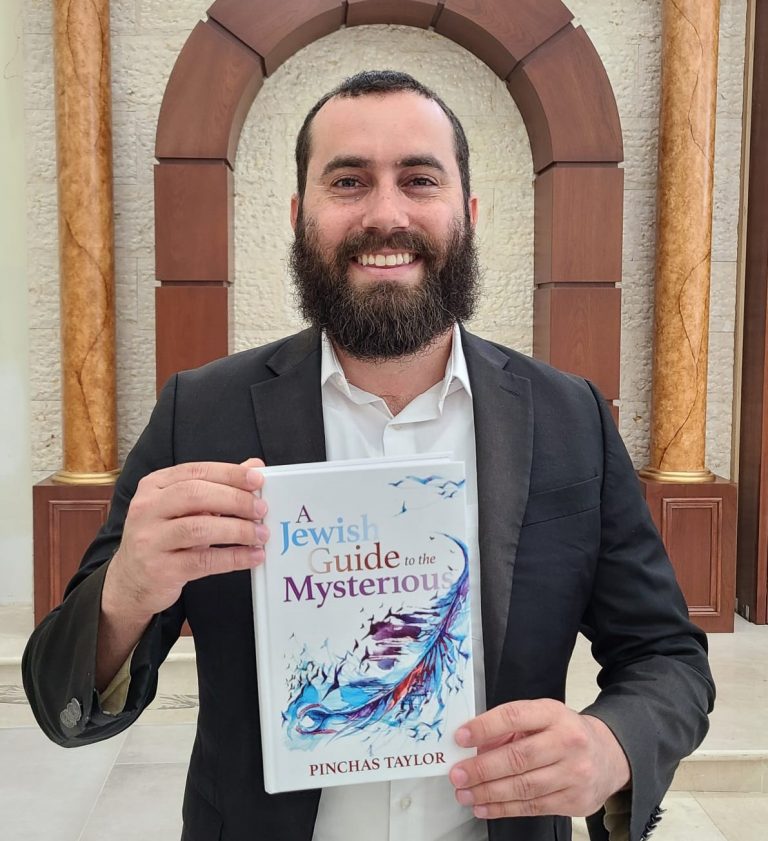 In these increasingly strange Pandemic times, one begins to wonder what other mysterious maladies will suddenly befall us.

Perhaps the supernatural DOES exist, the mysterious indeed plays a part in our lives, and the unknown simply is…the unknown?

Is there a Jewish perspective on the abnormal, paranormal, the entities and concepts that some insist are fact, while others dismiss as garbage pseudo-science?

These, and other contentious topics are discussed in the new book ‘A Jewish Guide to the Mysterious’ (Mosaica Press, distributed by Feldheim).

In explaining his reason for writing the book, Rabbi Taylor notes that a vast majority of Americans believe in at least one paranormal phenomenon.

“I believe that part of the reason for this is because in each of us there is a yearning for something larger than life, something beyond the mundane,” he writes. Misconceptions about these topics are prevalent in the frum world as well.

The author delves into each subject and emerges with a comprehensive summary of relevant sources, starting with scientific theories, and then continuing with the Jewish perspective, beginning with classic texts, and continuing all the way to contemporary Torah scholarship, often crystallized with the perspectives of the Rebbeim.  Written in an engaging and dynamic style, this book is an enjoyable read that is also a font of information on the Torah perspective of each topic, a real “Da Ma Shetashuv.”

In the chapter about dreams and their interpretation, there is a short analysis of the theories of philosophers such as Socrates, Plato and Aristotle on the matter. Later in the chapter one can read on innovations and discoveries throughout the centuries that were brought about by a dream. This is then followed by a study of Torah sources, starting with the dreams mentioned in the Chumash, continuing with the dreams experienced by Rabbi Yosef Karo, author of the Shulchan Aruch, and concluding with the Chassidic perspective on night visions.

In his introduction to the book, Taylor relates that Rabbi Yaakov Yisroel Kanievsky, known as the Steipler Gaon, encouraged discussion about ghosts and the paranormal. He writes that this venerated sage believed that discussion of these subjects would open the mind to thinking that there is more to our existence than the physical body and the material world.

“It is with this perspective in mind that I present my book,” he concludes.

The book is available at SeforimDeals.com