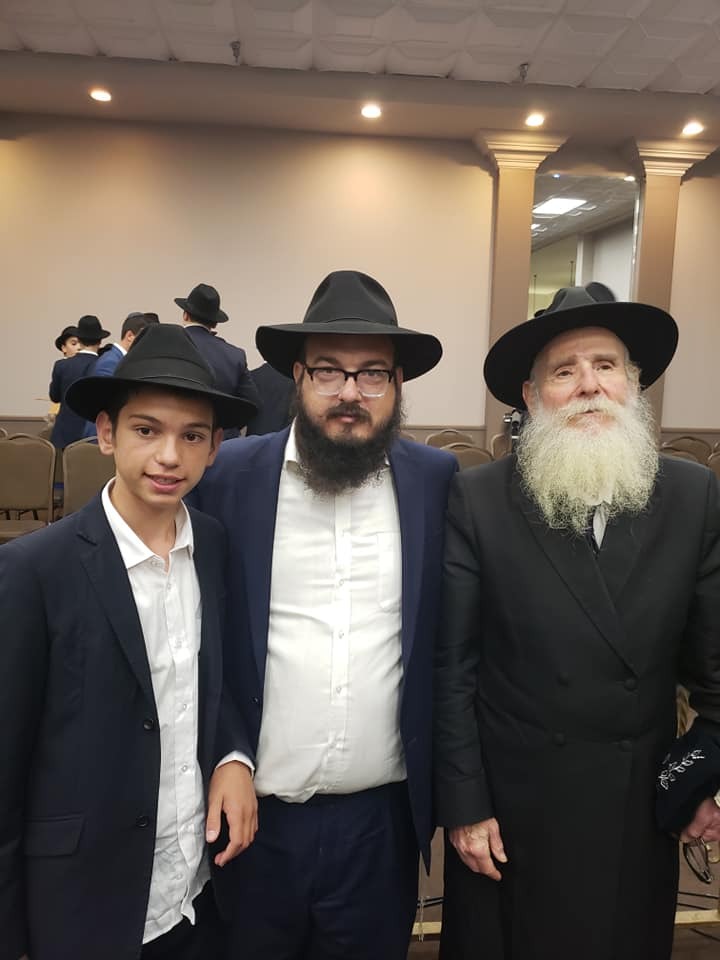 Rabbi Tzemach Yehoshua Cunin, founder and co-director of Chabad of Century City, Calif., a beloved spiritual leader who devoted himself to his community and to Jewish education, passed away suddenly on July 5. He was 43 years old.

The child of Rabbi Shlomo and Miriam Cunin, pioneering Chabad emissaries to the West Coast, Tzemach Cunin was involved sharing the joys of Judaism from early childhood.

As a teen, he joined his father in Russia, where he was part of the effort to return the “Schneersohn Library” to its rightful owners, the Chabad-Lubavitch community.

In 2000, he married Ada Wilschanski and the young couple settled in Los Angeles, where they founded Chabad of Century City, a tony district known for sleek high-rise hotels, condos and offices. Yet, his signature smile and warm hug spread far across the sprawling city.

Streaming into the shiva home by the hundreds, grief-stricken visitors tell of his warmth, genuine concern for every individual and humble lack of pretense.

Just last week, Cunin co-hosted “An Evening With the Rebbe,” at the Beverly Hills Hotel, a grand tribute commemorating the 25th anniversary of the passing of the Rebbe—Rabbi Menachem M. Schneerson, of righteous memory. In addition to his efforts at the Chabad center, he was deeply involved in the building and flourishing of Beis Chaya Mushka, a Chabad-Lubavitch school for girls in Los Angeles.

Despite being involved in major building projects and social events for Chabad of California, he was best known as an affable, loving individual who saw the same in others.

In addition to his wife and parents, he is survived by five children, parents-in-law Rabbi Zalman and Esther Leah Wilschanski, and siblings.

A fund has been launched by friends and congregants to help his family.