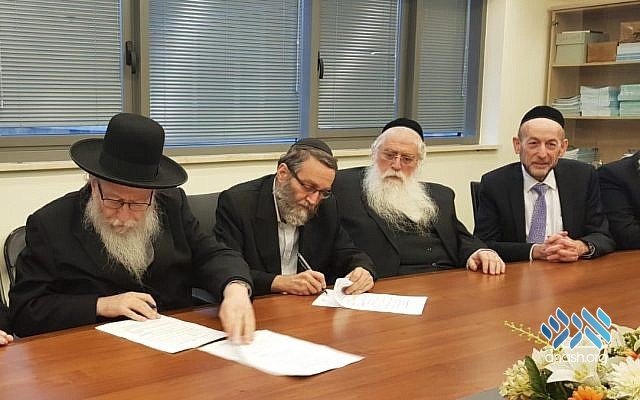 Shabbos needs extra attention these days, and to provide it, MKs have established a special lobby for the holy day. The Lobby for the Strengthening of Shabbos Observance in Israel has taken upon itself to preserve the character of Shabbos in the public space and in state institutions.

Behind the project are MK Rabbi Moshe Gafni (United Torah Judaism), MK Rabbi Yoav Ben-Tzur (Shas), MKs Moti Yogev and Ofir Sofer (Jewish Home-National Union), and MK Shlomo Kar’i (Likud). In a statement introducing the lobby, the MKs said that “our common interest is to ensure that Shabbos remains a holy day in the Jewish state. We want to ensure that Shabbos is not damaged for those who observe it, and not harming the lifestyle of those who unfortunately are not yet shomrei Shabbos halachically, but who want to spend the day with their families and children.”

On the agenda will be things like public transportation on Shabbos, preventing the opening of businesses on Shabbos, and other matters. “The lobby will discuss public and legal issues on a national and local level, and seek methods of action to prevent the actions of anti-religious interests who seek to, chas v’shalom, uproot Shabbos from Israel and force millions of people to work nonstop, seven days a week.”