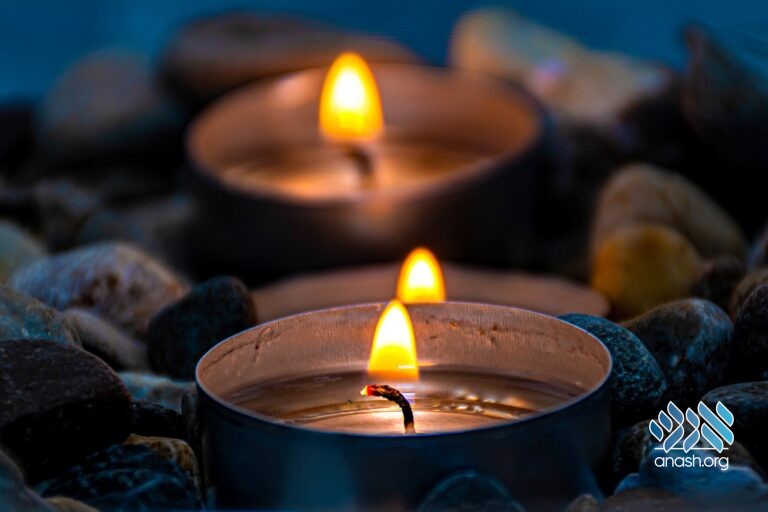 Motzei Shabbos Story: Just weeks after giving birth to her first child, a young mother walked out the door and disappeared from her cozy home.

One year after their marriage, a young couple reveled in the birth of their first child, a healthy baby boy. Alas, the happiness was not to last. Just weeks later, the young mother walked out the door and disappeared from her cozy home. A hastily organized search party of willing townspeople was immediately dispatched, but they returned empty-handed. She was gone without a trace.

Life went on, and the child grew up with a devoted father but no mother. Upon maturing and starting his own family, the young man opened a small clothing store. He soon realized that he could make more money by bypassing the distributer and purchasing garments directly from the manufacturer. So, early one Thursday morning he hired a wagon driver and settled in for the long drive to purchase the clothing directly.

After a successful day, he carefully piled up his wares and began searching for someone to transport him home. As the sun steadily sank toward the west, he was spotted by a gentile wagon driver who offered his services. Upon hearing the young man’s destination, the driver proposed a sensible change to the journey. “My home is on the way, approximately two hours from here. We can stop there for the night. Tomorrow morning, we’ll get you home.”

The young man agreed. The weather, however, did not.

Fluffy clumps of white began to fall quickly, accumulating with worrying speed, and the horse plodded through the whiteout with difficulty. They barely made it to the driver’s house, where he introduced the young merchant to his mother. After exchanging the requisite pleasantries, the visitor silently busied himself with Maariv, the evening prayer.

The snow continued through the night and any hope of getting back on the road to arrive home before the onset of Shabbat dissipated. The young man’s disappointment was palpable. Grateful as he was to his hosts, spending the holy day with gentiles, far from home, was not what he had envisioned.

As the afternoon wore on, he began to make his usual preparations for the day of rest. Nothing, he thought resolutely, would dampen his Shabbat. He washed up and approached a corner to say the afternoon prayer, Mincha.

The driver’s mother didn’t say much, but half an hour before sunset she placed two candles on the table and lit them. She covered her face and mumbled something to herself. The visitor watched with the widest of eyes.

“May I ask what compelled a gentile woman to light the Shabbat candles?” he finally gasped.

The woman ignored his question, inquiring instead, “Where are you from?”

The young man named his hometown. Recognition flickered in the woman’s eyes.

“And are you familiar with these people?” she asked, listing prestigious members of the town’s Jewish community.

“Of course I know them! How do you know them?”

“I used to live there,” the woman said wistfully, and she launched into the sad story of her various mistakes, the poor choices she had made, and her impulsive flight from her previous life.

When the young merchant mentioned his father’s name, the woman’s voice cracked. “My son… you’re my son,” she said tearily.

The young merchant had a lot to digest. This was his mother sitting in front of him—the mother he had not seen or heard from since infancy, of whom he had no memory whatsoever. And the “gentile” wagon driver was in fact his Jewish half-brother! They sat and talked late into the night, time passing unnoticed. It was a deeply emotional night, to say the least.

The following morning, as the traveler prayed Shacharit, he heard a terrible cry from the adjacent room.

“Dead! Mama’s dead!” the wagon driver wailed repeatedly. After recovering from the shock, the driver lamented that the local priest would surely expect to be paid richly for the burial.

“Your mother—our mother—was a Jewess,” said his newfound half-brother. “She deserves a Jewish burial, and tomorrow, rest assured, I’ll take care of that in the nearest Jewish cemetery.”

Indeed, on Sunday morning the woman was brought to eternal rest in a neighboring Jewish town.

“Do you see the magnitude of a single mitzvah?” exclaimed Rabbi Tzvi Elimelech to his Chassidim. “This woman abandoned her husband and newborn to chase a life of sin. Yet, because she continued to maintain the sole mitzvah of lighting the Shabbat candles, she eventually merited a Jewish burial.”