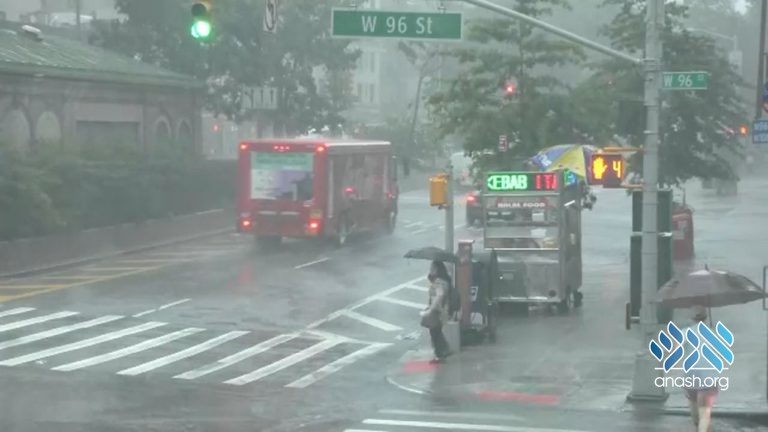 Thunderstorms after a spate of hot weather have caused flooding deep enough to float cars in some New York City neighborhoods.

The National Weather Service has issued a flood advisory in the city. It says rain may lead to small creeks and streams overflowing in low-lying spots Tuesday morning.

Videos posted on social media Monday night showed inundated streets in parts of Brooklyn, Queens and Staten Island. The waters were so deep in some places that they floated cars.

One video on social media showed a pedestrian crossing a street in Williamsburg in knee-high water.

Thousands of Con Edison customers lost power during Monday’s storm. Service was restored to most by Tuesday.

The region got about 2 inches (5 cm) of rain between Monday afternoon and Tuesday morning. The weather service says the rain should end by Tuesday afternoon.