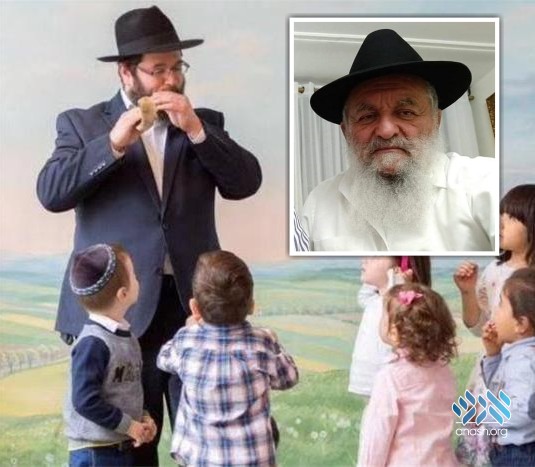 An couple from Eretz Yisroel well past retirement age are moving to Hanover, Germany, to be shluchim and co-direct the Chabad house under Mrs. Shterna Wolff, continuing the work of Shliach Rabbi Benny Wolff a”h.

Three months after the passing of Hanover Shliach Rabbi Benny Wolff, a couple is relocating to Hanover, Germany to co-direct the Chabad House. But it isn’t who you would expect.

On Rosh Chodesh Iyar, 5780, Rabbi Wolff, the dedicated Shliach in Hanover tragically passed away at the age of 43, leaving behind 8 orphans and a grieving congregation.

Rabbi Wolff was extremely successful in his Shlichus in Hanover, and in the years that he served there, he succeeded in impacting the lives of many. His death is a major loss for the family of Shluchim around the world.

After his passing, many community members were wondering whether the Wolff family would be staying in Hanover or moving away. Shlucha Mrs. Shterna Wolff immediately told them that they were there to stay. Since then, the Chabad house has been run by the Wolff family.

Two and a half months later, a couple from Eretz Yisroel is coming to join them and help them run the Chabad house. The couple, Rabbi Eliyahu and Chasya Naymark from Lod, are well past retirement age. Notwithstanding their age and the difficult move, the couple is picking up after decades of teaching in Eretz Yisroel, packing up their bags and moving to Germany.

Their son, Zushe Naymark noted that his parent were following in the path of Avraham Avinu, who at age 75, left his homeland when Hashem commanded him “lech lecha”. His parents too, he said, would be moving out at an advanced age to a new shlichus.