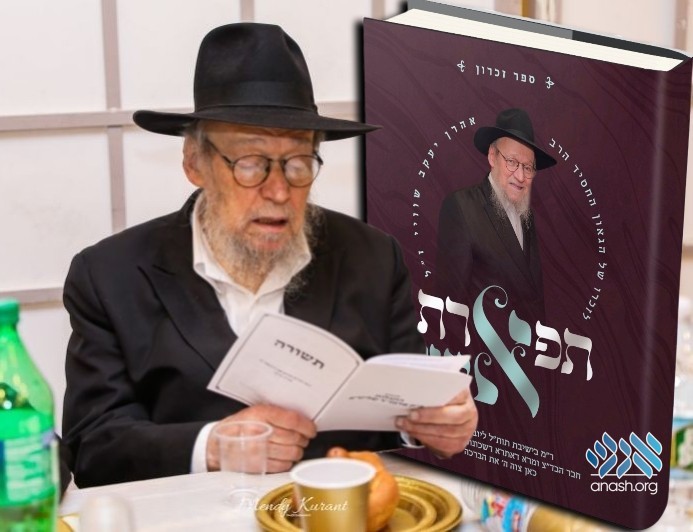 A 500-page sefer is set to be published in memory of HaRav Aharon Yakov Schwei a”h of the Crown Heights Beis Din, containing a biography, correspondence, chiddushei Torah and his drawings.

A new sefer in memory of Harav Aharon Yakov Schwei a”h, the late Rav of Crown Heights, is soon to be released. This sefer is named “Sefer Zikoron – Tiferes Ish,” ISH being an acronym for Rabbi Schwei’s name.

This hard-cover sefer of 500 pages will include the following:
1.  An extensive biography and personal recounts of the life of the Rav.
2.  Several letters of the Rebbe, published for the first time, where the Rebbe refers to the Rav as “Shlita” when he was still a bochur and many other special titles.
3.  Rabbi Schwei was a talanted artist. Several color copies of his drawings and artwork are included in this sefer.
4.  An extensive collection of letters of rabbonim from 200 years ago, published for the first time by Rabbi Ahrele Tiefenbrun Shlita.
5.  Chidushei Torah of tens of Rabbonim and Roshei Yeshivos from around the globe, written in memory of Rabbi Schwei.
6.  A transcript of the speeches given by Rabbonim at the conclusion of the shiva of Rabbi Schwei.

This book will Im Yirtze Hashem be available for sale in Crown Heights bookstores within the coming weeks.

There is a limited window of opportunity to add hakdoshos to the sefer. If you’d like to participate, please call: 917-698-8104.