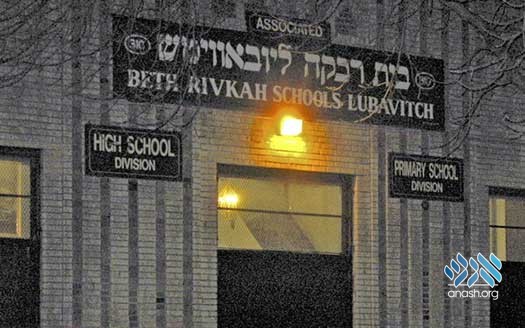 The Bais Rivkah School building on Crown Street was in a 20-minute lockdown earlier this morning, due to a suspicious individual who broke a window and threatened a security guard.

At approximately 9:15 am, an individual approached the security booth in the parking lot located on Montgomery Street. When the guard attempted to keep the man, who was speaking incoherently, from approaching the building, the man smashed the glass window of the security booth, and then left towards Nostrand Avenue, according to the school.

Out of an abundance of caution, the school was placed on lockdown for around 20 minutes.

The police were called, and began searching for the suspect, who was described as a white male. Shomrim volunteers located the perpetrator on Kingston Ave where he was followed until the police arrived. The perpetrator was placed under arrest by the police.