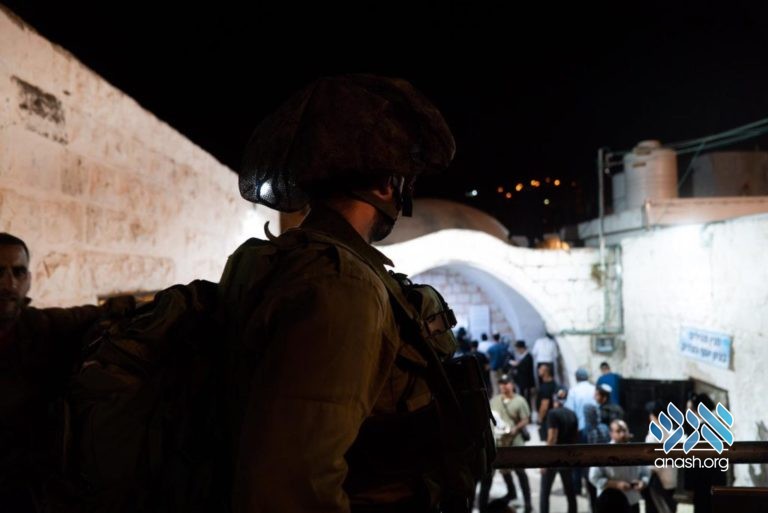 Some 1,300 people came to daven at Kever Yosef Monday night, and accompanying security forces fended off numerous Arab rioters who attempted to reach mispallelim. Several dozen Arab rioters were arrested, and 13 rioters were injured as soldiers worked to keep rioters away from the site. Visitors were able to arrive and leave without incident.

Prior to the arrival of visitors, IDF forces b’chasdei Shamayim discovered an explosive device at the site that was set to go off while Israelis were at the kever. The discovery and neutralization of the device avoided what could have been a major terror attack.

Arabs have vandalized and set fire to Kever Yosef numerous times since the signing of the Oslo Accords, most notably in 2000, 2003, 2008, and 2014. Between 2003 and 2009, the site remained desolate, until Israel and the PA reached an accord on refurbishing the site in 2010. Currently, Jews are allowed to visit Kever Yosef once a month – usually on Erev Rosh Chodesh – to daven.

Overnight Monday, security officials said they arrested 15 wanted security suspects in other areas in Yehudah and Shomron. The suspects were wanted for participating in rioting and throwing stones and firebombs that endangered Israeli civilians and IDF soldiers. Several of the suspects were also charged with belonging to Hamas. All were being questioned on their activities by security forces.