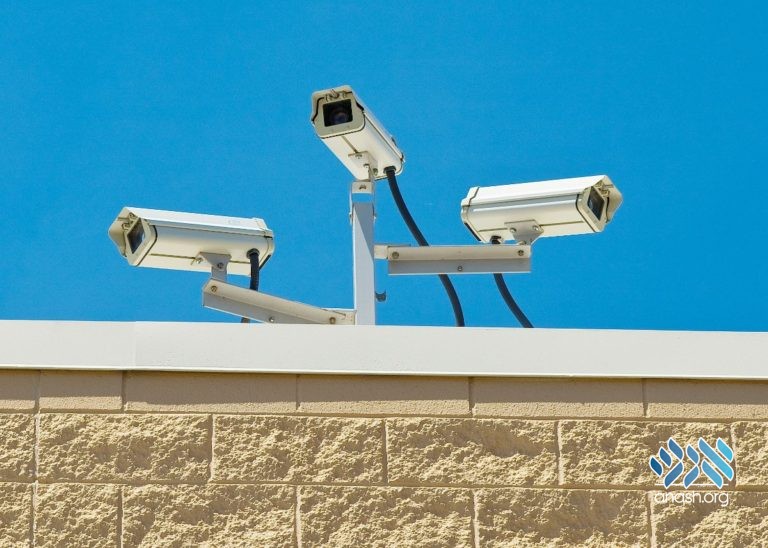 May I walk in front of a security camera on Shabbos?

Whether digital writing on a computer screen is considered writing is the subject of much discussion amongst poskim. Some consider digital writing as writing, since one is creating a form on the screen. They likewise prohibit typing on a digital device on chol hamoed when writing is generally prohibited.

What about walking past a security camera on Shabbos, thereby projecting his image on the screen?

Being recorded by the camera is an inevitable effect of walking past it (pesik reishei), but it is not desired (lo nicha lei). Although this is prohibited when dealing with a biblical prohibition, many poskim hold that this is sufficient when the undesired outcome is a rabbinic prohibition.

Some poskim argue that generating one’s image on the screen is only midrabanan, since it’s not the normal manner to write by walking and is thus a shinui. Others contend that with regards to a video camera this is the normal manner (like a powering a sewing machine with a foot pedal which isn’t a shinui).

Others counter further that the letters on the screen are merely arrangements of electrons and not an actual substance, (unlike liquid which is prohibited midrabanan). Therefore, many prominent poskim hold that writing on a digital screen isn’t considered writing. They thus permit writing on chol hamoed on a digital device, and even allow erasing Hashem’s name on the screen. The widespread custom follows this view.

However, writing information to a hard drive, even when the words do not show up on a screen, is lasting, and is a machlokes amongst achronim if it is forbidden midrabanan. In practice, in times of need, one has whom to rely upon.

If the camera only records when there is motion, walking by would involve the prohibition of activating an electric device. Some argue that one doesn’t really want the camera to record his image; it is only there for protection. This is especially so if the one who installed the camera isn’t the owner of the property. For this reason, some poskim consider this a pesik reishei delo nicha lei involving a rabbinic prohibition.

Still, for some people it is somewhat desired, especially for those who set up the system and want it to work properly, recording every passerby. It is also not agreed upon that a pesik reishei delo nicha lei is permitted with a rabbinic prohibition. Therefore, one should set the camera to record the entire time and not just when someone walks by.

To avoid the issue of writing to the hard drive, some poskim require the camera or computer is to erase itself within a short period of time, like 24 hours after Shabbos. Thus, even if it is considered a melacha, it is written with the intention to be erased and lacks permanence.

Additionally, because there are many halachic shaalos involved, some achronim recommend –as an extra hiddur–that the camera be set in a way that it isn’t covering the entire area and a person walking by won’t necessarily be in the camera’s view. If this poses a security concern, one can position a few cameras that will together cover the entire area but no single camera is definitely going to cover the person.

In these halachos, even when something is technically allowed, one must still be careful to honor Shabbos in the public form.