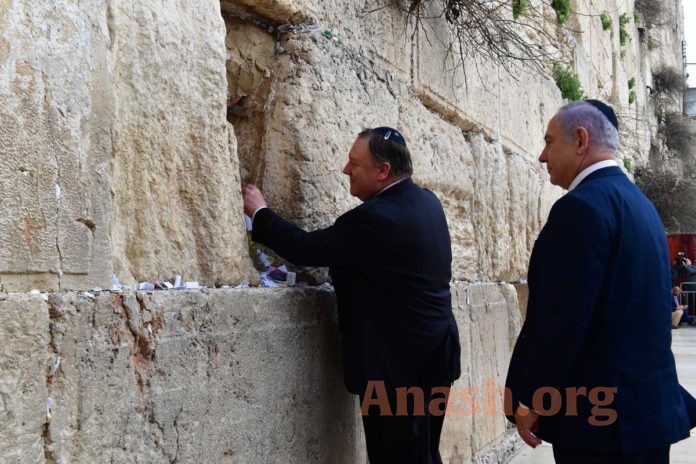 US Secretary of State Mike Pompeo refused to commit to the creation of a Palestinian state. While testifying before a Senate subcommittee Monday, the Secretary was asked about his response to Prime Minister Benjamin Netanyahu declaring that if reelected he would annex parts of the West Bank.

“Ultimately, the Israelis and Palestinians will decide how to resolve this,” Pompeo replied.

“We’re hopeful that we have some ideas that are different, unique, which will allow the Israelis and the Palestinian people to come to a resolution of the conflict,” Pompeo said about the proposal said to be put forth in the coming weeks by Jared Kushner.

When discussing issues of shleimus ha’aretz the Rebbe often said, that not only does giving away land endanger the lives of millions of yidden, but even mere discussions of it, is an matter of pikuach nefesh.