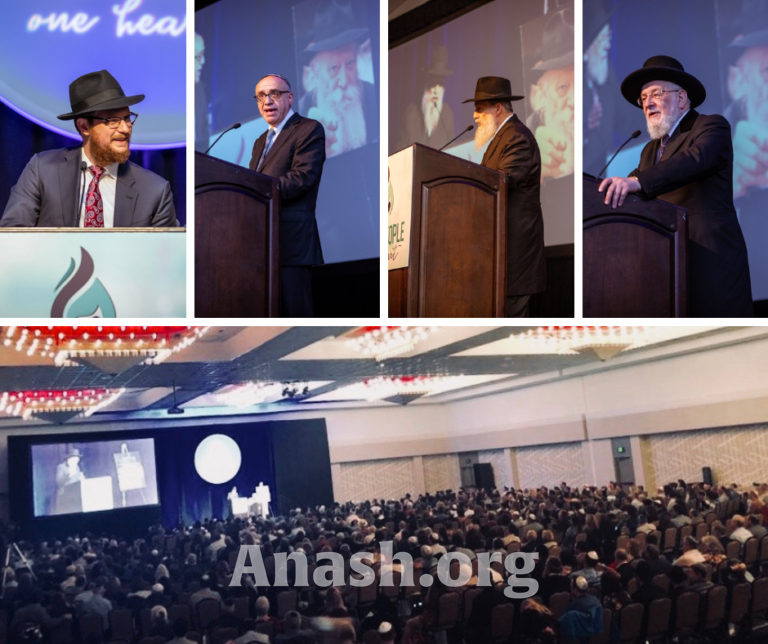 Over 700 people packed into the Sheraton Grand Hotel in Seattle, Washington to commemorate the 25th anniversary since Gimmel Tammuz.

It was the second mega event in Seattle called “One People, One Heart,” and described as “an evening of unity and inspiration commemorating the teachings and impact of the Lubavitcher Rebbe.”

The event was put together by the shluchim of Washington state and directed by Rabbi Shmuly Levitin of Chabad of Downtown Seattle. Upon entering the hall attendees received a bag with a “Judaism 101” magazine and a small “ARK” Tzedaka box. The hachlata of the evening was to increase in Mivtza Tzedaka.

Mr. Eli Almo served as Master of Ceremonies. Remarks were given by head shliach to the Pacific Northwest, Rabbi Sholom Ber Levitin, and head shlucha Mrs. Chanie Levitin. Mr. Steven Baral, underwriter of the event, addressed the crowd as well.

“ My husband and I really really enjoyed all the speakers and seeing the footage of the rebbe,” said one attendee. “My husband had stopped putting on tefillin regularly about a year ago, and this morning he got up and davened again. It was the event that inspired him to do so, and it sparked curiosity in our son. So thank you, it was a great night”