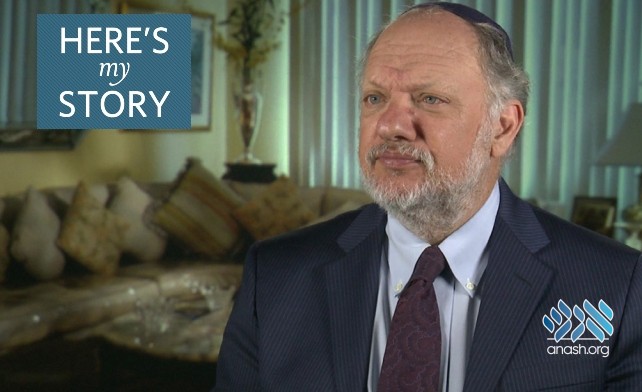 A young student experiencing a crisis in faith, Rabbi Michael Paley went to see the Rebbe. During a brief hallway encounter, the Rebbe asked him 2 questions that directed him onto a new path.

A former chaplain of Columbia University and scholar-in-residence at the UJA-Federation of New York, Rabbi Michael Paley presently serves as the senior scholar for the Joint Distribution Committee in Hungary and the director of the Tarbut Fellowship. He was interviewed in May of 2014.

Although I always intended to become a rabbi one day, when I went to college, I decided to major in physics instead of theology or philosophy.

I made that decision because a professor at Brandeis University where I was enrolled – the famed Alexander Altmann – had asked me what questions I wanted to answer through my studies. I said, “I want to understand the universe.” And he responded, “Well, then you want to study physics.” I protested, “No, I want to study mysticism.” His rejoinder was, “Oh, I thought you were serious.”

I did want to be serious, and so I took up the study of physics. I thought I would become a better rabbi because of it – I would have a serious background.

In 1973, when I was twenty-one and about to graduate, I experienced a crisis in faith. As a result, I also lost my ability to concentrate during prayers, which had always been my mainstay. Concentration in prayers was very important to me then and remains very important to me today, but at this particular time I was leaving the familiar environment of the university and I was fearful about the future, which affected my faith.

So I went to my spiritual mentor, Reb Zalman Schacter, and confided my problem. His response was: “You should come to New York with me and meet the Rebbe.”

I took his advice and joined him for prayers at Chabad Headquarters the following week. I didn’t get to see the Rebbe in a private audience, I just got to meet him in the hallway as he was leaving his office. But that encounter was most memorable. In fact, it changed me forever.

As we were standing there, the Rebbe came directly over to me. I was startled by his piercing blue eyes and the intensity of his personality. Without any preamble, he asked me, “Do you think that protons decay?”

He didn’t inquire who I was, nor where or what I studied. Reb Zalman later said he never told him anything about me. Yet, there he was asking me questions about physics.

He continued: “Why do neutrinos spin in a counterclockwise direction?”

I answered him in monosyllables. He must have known that I was able to provide the answers. But the questions were not simple – he made me think, and he threw the questions at me with tremendous velocity so I had to think quickly. It was remarkable how he tailored the questions to my level of knowledge, thus putting me at ease and yet opening my mind.

At the end he said, “Go back to the university and make sure that everything you study takes you to G-d. See G-d in all that you learn. If you don’t, then search harder. But make sure that you only focus on the things that take you to G-d.”

The encounter lasted only a few moments, though it felt much longer to me because it transported me. I felt as if I had lost my grip on reality. And this was totally new to me because I had always been a person with his feet solidly on the ground. Yet, I felt my mind slipping and my soul taking over. It was a unique experience – an experience of deep holiness.

I felt that the Rebbe opened up a door to other realms of consciousness in my head – realms that I had not known existed. I had accessed my imagination and my intellect and even my emotions at that moment, and whatever fear I had was destroyed. In the Rebbe’s presence, I felt courage – his courage – in me.

Afterwards I realized that I had never thought about my studies as a path to G-d before I met the Rebbe, but ever since then, I have tried to do what he advised – to see how everything is connected to G-d.

Nowadays, we are very anxious to take things apart; we are never bundling. Instead, we are taking the divinity out of everything, because we perceive the world in pieces, devoid of oneness, instead of an interdependent whole.

I never realized any of this before, and therefore the Rebbe’s words to me proved incredibly transforming. My doubts disappeared; my concentration in prayer returned; and most importantly, my learning became deeper. Although I was already Torah observant, I became more engaged in the inner meaning of things.

After I graduated from Brandeis, I went to study at Yeshivah HaMivtar in Jerusalem, founded by Rabbi Chaim Brovender and then I returned to America to study with Reb Zalman.

I learned a great deal, received rabbinic ordination, and became a teacher in my own right. But I never forgot what the Rebbe taught me in that single encounter.

In those few minutes, I felt from the Rebbe what I have rarely felt from other leaders, religious or political: a vibrant passion and a vision of what the world could be. The Rebbe’s presence pierced me and, in some strange way, increased the velocity of our interaction. Modern physics teaches that, at the ultimate velocity, time stands still and there is only the present moment. The followers of the Rebbe have experienced such a moment with their leader. I have experienced such a moment and I will never forget I did.