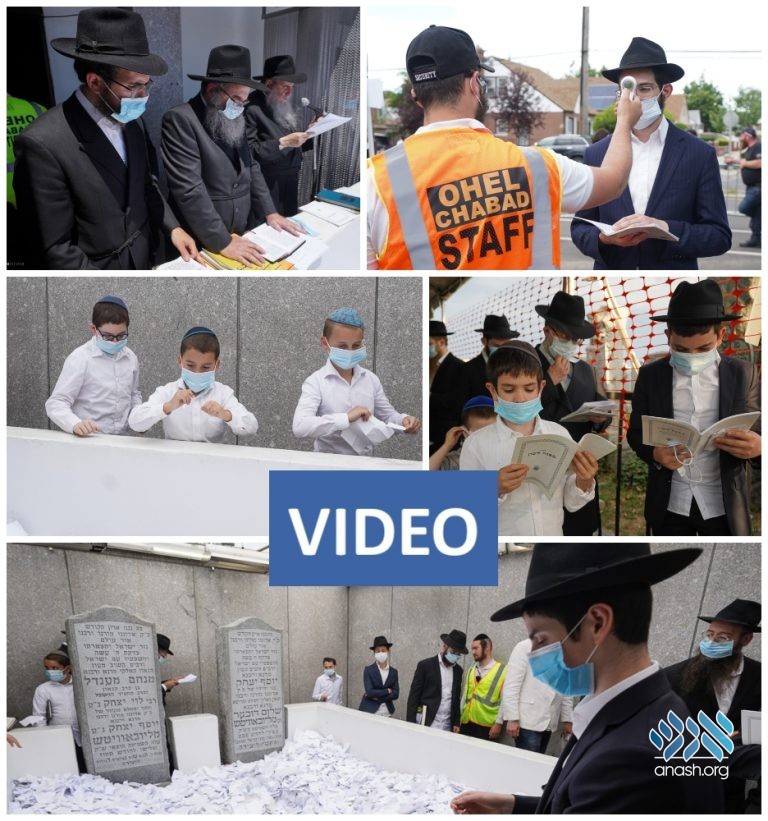 Thousands of men, women and children streamed to the Rebbe’s Ohel on Thursday, Gimmel Tammuz, while experienced staff kept the system running smoothly.

Men, women and children poured into the Rebbe’s Ohel on Thursday, Gimmel Tammuz, where they were given a brief period to read their pan and daven. During most of the day, the line was continuously moving, allowing visitors to walk through the Ohel while reading their pan.

Numerous panim klolili’im were read throughout the day, representing Chassidim, bochurim, shluchim and Yidden around the world. A pan kloli was read by Rabbi Moshe Kotlarsky on behalf of shluchim, organized by Merkos 302.