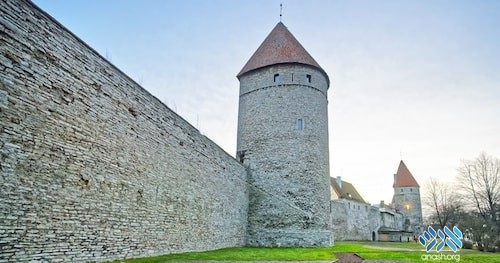 Melava Malka story: When the Alter Rebbe, then a young talmid, encountered a distraught widow, he knew only his Rebbe could save her son.

When the Alter Rebbe was still a young talmid of the Maggid of Mezeritch, he boarded at a house owned by a local widow. One day, he arrived home to find his landlady on the floor wailing hysterically. Her only son, she sobbed, had decided to convert to Christianity, and was being held in a locked room in a monastery.

“Don’t worry,” the Alter Rebbe comforted her, “with Hashem’s help, we will bring your son back.”

Bringing this woman’s plight to the Maggid would be difficult. The Maggid stayed locked in his room throughout most of the day, which enabled him to quietly contemplate Torah. Outside his door stood his wary shamash, who was adept at keeping people away when the Rebbe wished to be alone.

“Listen to what I say,” the Alter Rebbe said to the widow. “Tomorrow, while the shamash is away from the door for his erev Shabbos bath, I will be able to open the door for you. Do not waste a second. Run inside and inform the Maggid of your dilemma.”

The next day, the Alter Rebbe took advantage of the shamash’s absence to open the door for the distraught widow. Once inside, the poor woman was so shattered that she stood silently at the door, unable to emit a single word. Apparently seeing no use for the interruption, the Maggid waved his hand, signaling her to leave. The woman emerged from the brief audience shattered and bitterly disappointed with herself.

The Alter Rebbe, however, was confident that the Maggid knew of the widow’s misery down to the last detail. Tzadikim, he assured her, are not bound by conventional ways of learning information.

After the widow left, the Maggid did not make any mention of her or the purpose of her visit. But when the shamash returned from the bathhouse, the Maggid suddenly instructed all of his talmidim to enter his room to welcome Shabbos together. Despite the unusual nature of the request, the group heeded the Maggid’s words.

Immediately after davening, the shamash rushed to set the table for the meal. Usually lengthy and filled with divrei Torah, the Shabbos meal was eaten in a hurry, again leaving the students wondering at their Rebbe’s unusual behavior. Bentching was recited promptly after the seudah.

All this time, the Maggid maintained deep concentration and spoke with a booming and forceful tone, a marked departure from the unassuming voice the talmidim usually heard. Torah insights, the likes of which were never heard before, were expounded upon, his holy words interspersed with the occasional call to “listen, my brothers, to the Torah’s sweetness.”

Of everyone present, only the Alter Rebbe knew the reason for the unusual change in routine. He sensed that from the moment the widow left the Maggid’s office, the Maggid busied himself with reigniting her son’s neshama.

A mighty wind began to roar outside, steadily picking up speed. By this point, the Maggid’s face was shining like a glowing torch. The talmidim listened with growing trepidation to the wind that howled violently around them.

Something thudded against one of the walls of the house and the talmidim, concerned that the roof would collapse from the wind, bolted out of their seats. Unperturbed, the Maggid stopped his maamar and turned to his shamash. “Quickly take him to the nearby inn,” he ordered.

The shamash hurried out the door and immediately stopped in his tracks. Lying on the ground outside the house was the widow’s son, softly weeping. The shamash did not waste a second and proceeded to whisk the son away to the inn.

After the shamash left, the Maggid’s serious demeanor, which had persisted throughout the entire evening, transitioned to joy, and he finished the discourse on a euphoric note. The Maggid then retired to his room, and the Alter Rebbe headed for the inn, curious to learn what led to the son’s seemingly impossible release from the second floor of the monastery.

Upon entering the room, he found the young man sitting on the bed and reading the weekly parsha with large tears streaming down his face.

“How did you escape?” the Alter Rebbe asked gently.

The widow’s son paused his tearful reading and began to tell his story.

“The beginning of my escape started two hours before nightfall. I was lying on my bed in a small cell on the monastery’s second floor, determined to follow through with my choice. No amount of convincing would have made me change my mind. Suddenly, I had an overwhelming bout of longing for Hashem, an urgent need to leave and reestablish my connection with yiddishkeit.

“I bolted from my bed and quickly strode to the cell door, intending to break it down. But the door remained steadfastly bolted from the outside. Discouraged, I collapsed back on my bed for about half an hour. But the pangs of yearning and love toward yiddishkeit continued to intensify until I sensed my materialistic desires give way. This is how a dead person must feel, I thought; none of the things that had mattered so much to me seemed to have any consequence anymore.

“Lying there in bed, becoming more restless by the moment, I understood that Hashem was intervening to protect my neshama from such complete spiritual destruction.

“Again, I unsuccessfully struggled to break down the door. There was no way out. I slumped on the bed, tears streaking my cheeks, and began to deliberate with myself. If Hashem had allowed me to feel such a complete arousal of Ahavas Hashem, no doubt He would help me escape.

“I walked over to the cell’s small window. I pushed it and, to my relief, it swung open. However, peering over the precarious ledge in the failing light, I was greeted by the sight of the hard flagstones far below. To jump from this height would leave all of my bones shattered, and even the prospect of a Jewish funeral was nonexistent. I was unsure what to do next.

“I rethought my decision several times, and made my way to the window, only to be discouraged again and again by the sheer drop.

“Darkness had already set in when I suddenly felt my legs dash across the room, leap onto the windowsill and carry me through the open window. I landed miraculously intact, aside from some minor pain in my feet.

“Despite this, my excitement was short lived. During my brief stay in the monastery, I had learned of the vicious dogs who guarded the premises. Chained away during the day, the dogs were set loose on the monastery grounds at night. Even if I managed to fend them off, their barking could easily alert the priests, who would surely take me back, and who knew what they would do to me then?

“Hashem will help, I thought, and fearlessly strode towards the pack of dogs. They bounded towards me excitedly and circled around me eagerly, as though reuniting with one of their masters. Thankfully, they also kept silent, and I was able to slink cautiously across the monastery grounds. But then my heart fell. A towering stone wall separated me from my freedom. Topped with sharp spikes and the height of two men, the wall surrounded the monastery, its smooth surface providing no grip. It was impossible to scale.

“Raising my eyes once more, I pleaded with Hashem, saying that I had tried everything that was humanly possible to escape, risking my life in the process. Now, standing beside the wall, I had nothing more to do.

“I was answered in the most incredible way. A strong wind immediately swept me off my feet and lifted me into the air. I was tossed over the unassailable wall and into the sky, tumbling over the countryside until I landed right beside the Maggid’s house.”

Displaying a zeal and aptitude that he had never known before, the young man applied himself to Torah and mitzvos for the rest of his days.

Years later, when the Alter Rebbe had already assumed the nesius, he would recount this story on numerous occasions. Each time, he would note that the bochur’s change of heart happened right around the time the Maggid began his davening,