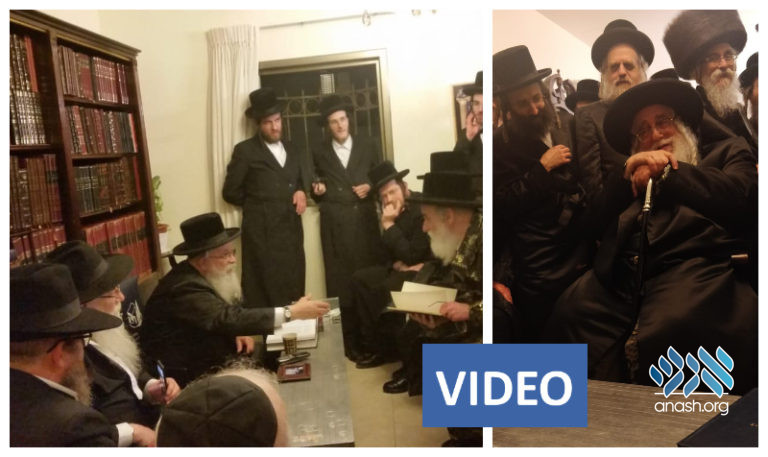 The Rebbes of Sanz and Viznitz visited R’ Chaim Boruch Halberstam and his brother, R’ Shmuel, who are sitting shivah after the passing of their mother a”h.

They were visited by the Sanz Rebbe of Netanya, R’ Tzvi Elimelech Halberstam, and the Viz’nitz Rebbe of Central Bnei Brak, R’ Mendel Hagger.

In the videos, they can be heard sharing stories and sayings of their esteemed ancestors.