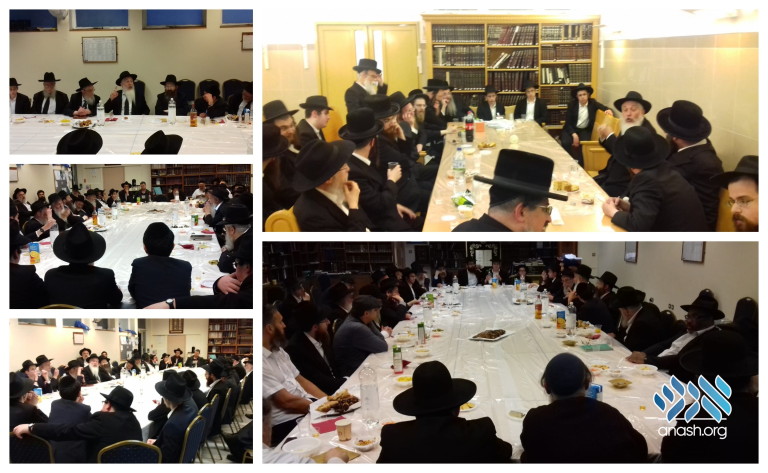 Ten farbrengens across London schools and community were led recently by Toronto Shliach Rabbi Yosef Zaltzman, marking the 5th Yahrtzeit of Rabbi Nachman Sudak a”h, Shliach of the Rebbe to Great Britain and Principal of the Lubavitch Foundation and schools.

In a program entitled “From Samarkand to Stamford Hill,” Rabbi Zaltzman described his upbringing in Samarkand, Uzbekistan, in the former Soviet Union, under fear and threats of the communist authorities. He brought out a message of resolve and Mesiras Nefesh we can apply to our everyday lives and struggles.

The Farbrengens were coordinated the Lubavitch Kollel of London.

To support the Kollel and its activities, please contact the Kollel or donate via Paypal.

Listen to recordings of his talks to Nshei Chabad and the Mechina for boys: