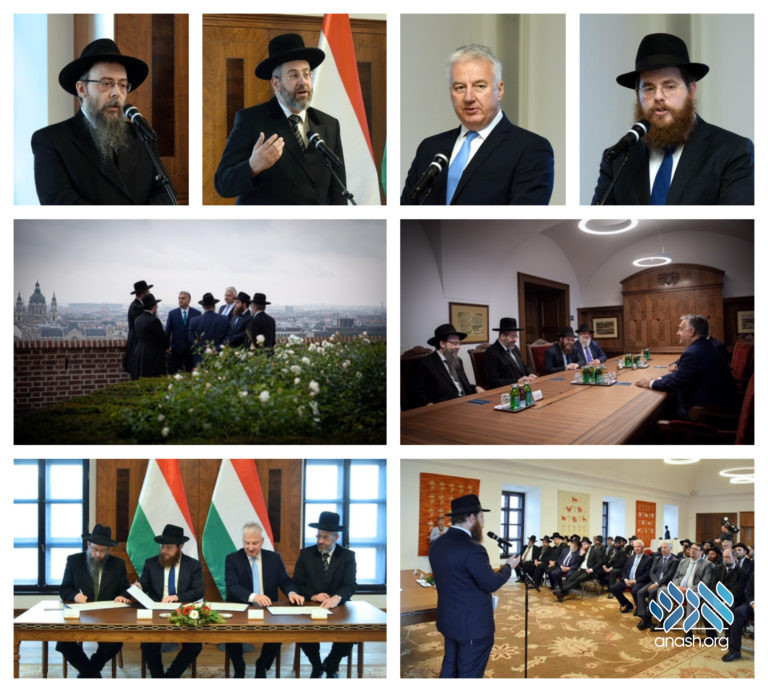 This was the first time that an Orthodox Jewish community in Hungary was officially given this status since World War II. Without the institutional recognition, religious Jewish organizations were excluded from government direct budgets.

The agreement was signed by the chief rabbi of the Jewish Communities Association, Rabbi Shlomo Kovash, who is now the official representative of the Jewish community. Israeli Chief Rabbi David Lau and av beis din and shliach Rabbi Baruch Oberlander were present during the signing, along with other rabbis and dignitaries.

“This is an important day for the Hungarian Orthodox Jewish community that has received historical justice today,” stated Rabbi Kovash following the signing. “We are pleased that the government has chosen to deepen its relationship with EMIH, recognizing our achievements and the fact that it is one of the most vibrant Jewish communities in Central Europe.”

Rabbi Oberlander shared that there are 17 frum rabbis serving the Jewish community in Hungary today.