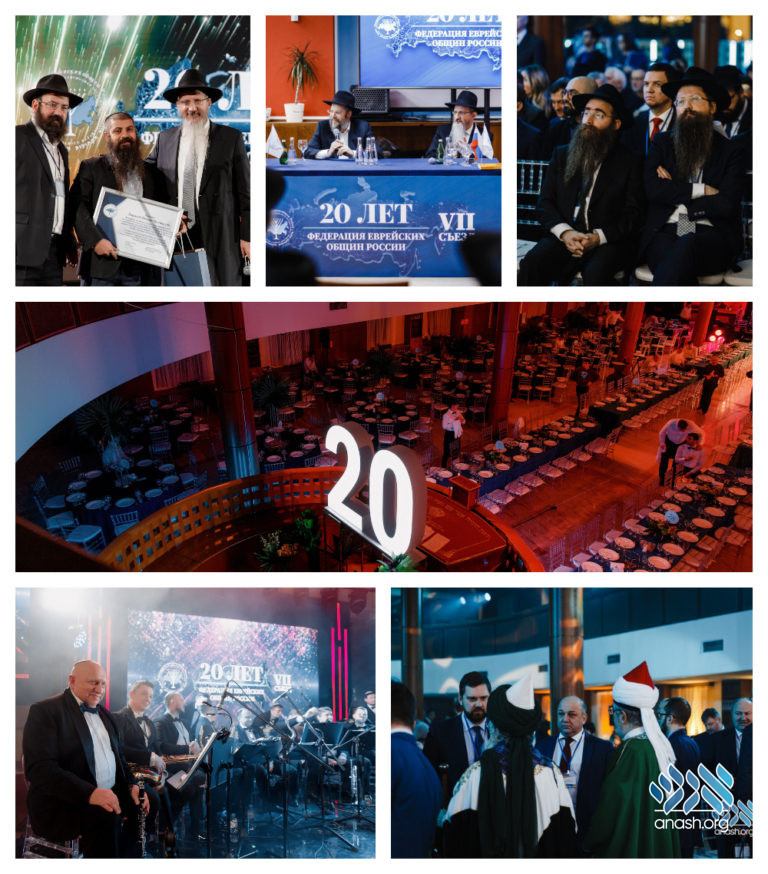 Rabbis and community leaders of over 200 communities gathered for a conference marking the twentieth anniversary of the Russian Jewish Federation. They were joined by government and diplomats, charities, religious, and cultural and social activists.

The convention marking the 20th anniversary of the Federation of Jewish Communities of Russia (FJCR) took place in Moscow last week.

FJCR community leaders and rabbis from 140 Russian cities were joined by government officials and diplomats; representatives of charity organizations and religious confessions; cultural and social activists.

The convention focused on topics such as combating antisemitism, educational and social projects, youth policy, community development as well as furthering inter-cultural and inter-religious dialogue in the country.

The convention took place over two days, reflecting on the 20-year long history of the organization and setting goals for the future.

“I remember when we had just begun our activities,” reflected Chief Rabbi of Russia Berel Lazar. “Everything had to be developed from zero – Jewish life has just come out from hiding over the years of Communist regime, no infrastructure or services existed. And now, after twenty years of operation – we have fully-functional communities in over 200 cities, hundreds of far-reaching social and educational projects. Every year we are opening new synagogues, community centers, schools, and kindergartens. The Russian Jewish community is one of the most dynamically growing in the world,” Rabbi Lazar said.

The President of FJCR, Rabbi Alexander Boroda also commented on the organization’s achievements over the years: “FJCR’s accomplishments are measured not only in quantity but in quality – the members of our communities are continuing to grow into their Judaism, adopt Jewish values and tradition and build their lives and families on their Jewish heritage.”

Over the years, FJCR has succeeded in returning 23 synagogues back to the communities. It also built or thoroughly renovated 46 more