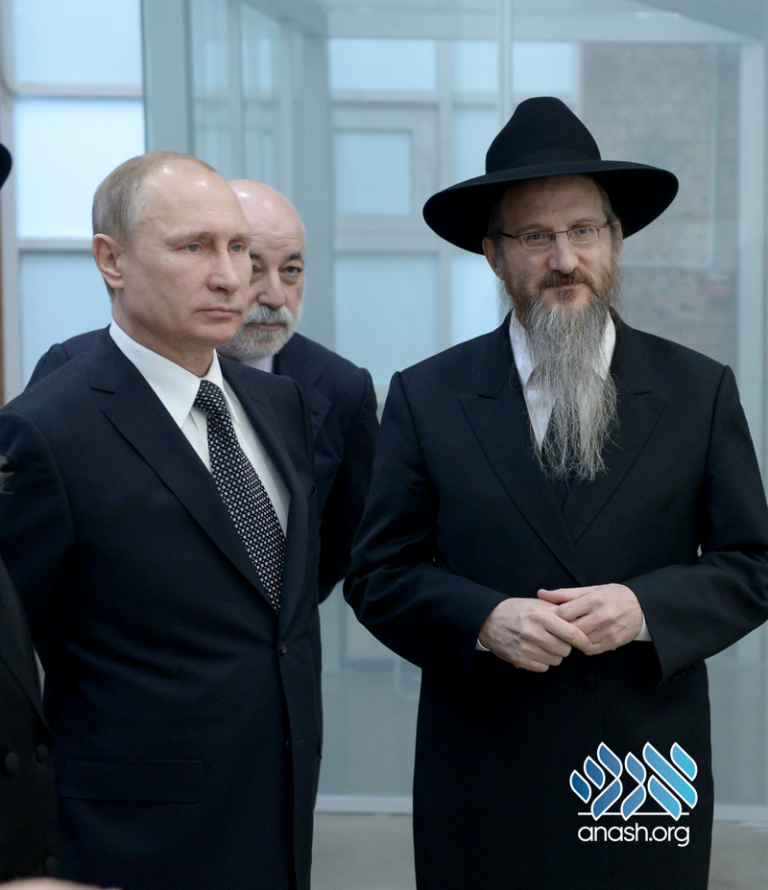 “You always work tirelessly and with great success for the development of the Jewish community in Russia. In the fields of education, welfare, and charity, your responsible and important activities are out of sincere concern for people and their needs. Your personal contribution to the strengthening of humanity has earned you a very good reputation. I wish you success in all of your endeavors, health, and all the best.”

The president sent his personal greetings to the chief rabbi’s office in the Jewish Community Center of the Marina Roscha neighborhood. Russian rabbis, heads of communities, and many public figures also sent their greetings, including Prime Minister Dmitry Medvedev.

“For the last two decades,” Prime Minister Medvedev’s letter began, “You – the spiritual leader of the Jews of Russia, have gained respect not only among Jews, but also among people of other religions. Your strong faith, knowledge and wisdom allow you to always make balanced decisions, to successfully deal with the challenges of the times, and to overcome the obstacles with dignity. Thanks to you, in many cities of Russia there are now active synagogues, charity centers, schools, and Jewish community centers.”

The Jewish community is celebrating the occasion on the date of Rabbi Lazar’s Hebrew birthday. Planned celebrations include a large Chassidic farbrengen with guests who will speak about the miraculous revival of Jewish life in Russia.