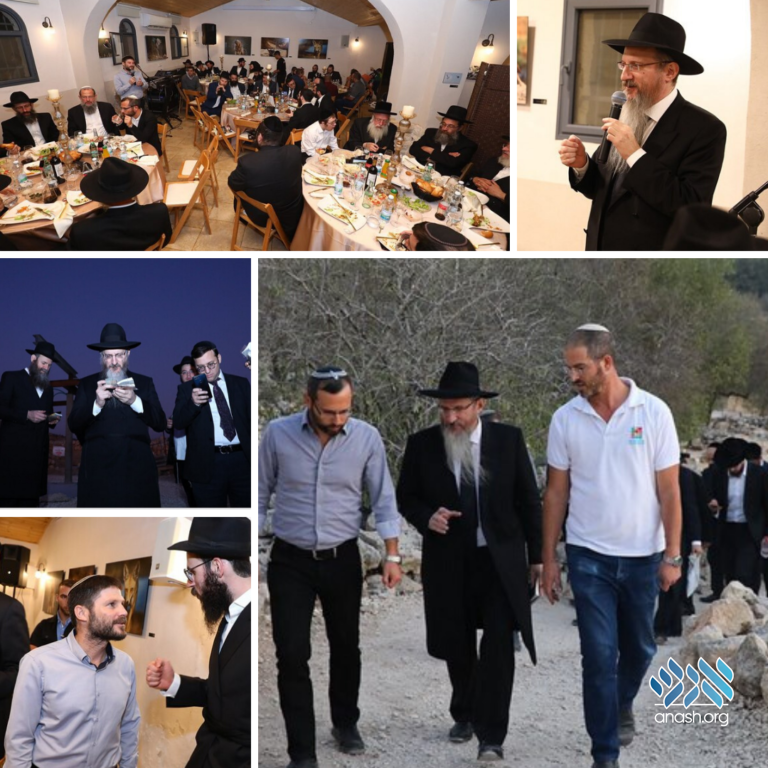 A delegation from Russia led by Russian Chief Rabbi Berel Lazar visited the ancient city of Shiloh, to pray on behalf of the Russian Jewish community.

Shiloh, the city where the Mishkan was located for close to 400 years after the Jews entered Eretz Yisrael, is the place where Chana, the mother of Shmuel HaNavi, prayed to Hashem for a child.

The group, first davened Mincha, and then recited Tefilas Chana for the success of Russian Jewry, at the very place Chana first said her prayer thousands of years ago.

Later the delegation sat down for a Sheva Brochos for Yosef Moshe Weisberg, son of Rabbi Mordechai Weisberg director of Chabad of Moscow.