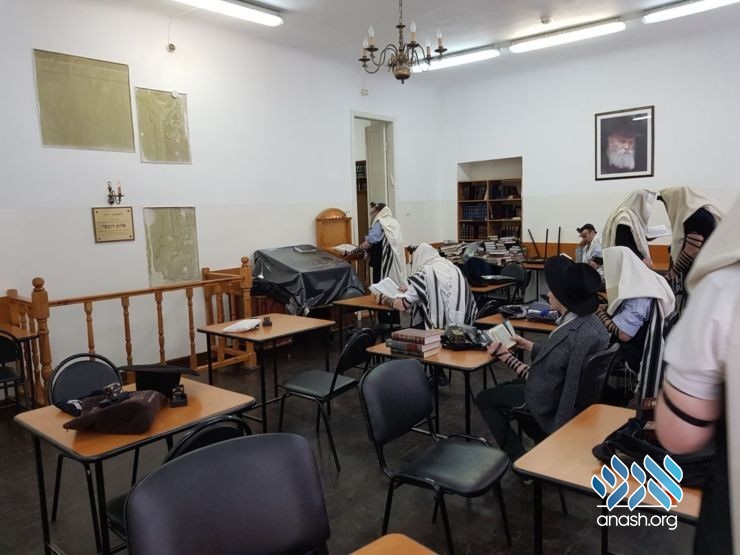 Young Yeshivah, a Melbourne community that caters to individuals and families in their twenties and thirties, has launched a new program to encourage learning of the Rebbe Rashab’s maamarim.

This year will mark 100 years since the histalkus of the Rebbe Rashab. Hundreds of chassidim from around the world are expected to converge upon Rostov to commemorate and observe the special day of Beis Nissan 5780.

Ahead of Chof Cheshvan – the Rebbe Rashab’s birthday, Young Yeshivah is inviting all members of the Melbourne Anash community to enter into a raffle for the opportunity to join this uplifting experience of a lifetime. Expenses covered will include airfare, meals and lodgings.

Those entering the goral must commit to attend a shiur or chavrusa on the Rebbe Rashab’s Maamarim for the fifteen weeks between Shabbos Bereishis and Yud Shevat. The goral will be drawn shortly before or on Yud Shevat.

The Rebbe Rashab is referred to as “the Rambam of Chassidus.” Over a period of 38 years, the Rebbe Rashab wrote and delivered over 2,000 maamarim, making some of the loftiest concepts in Chassidus accessible to all chassidim.

Shortly before the Rebbe Rashab’s passing he told the chassidim, “I am going to heaven; the writings I leave with you.” With this statement, the Rebbe Rashab instructed his chassidim to keep their connection to him alive by living with his holy writings.

The Rebbe explains that the Rebbe Rashab chose the word “leave” instead of “give”, to emphasize that these writings are meant to be explored by the student from his own perspective, requiring him to get involved, question and discover deeper meanings in a way that satisfies his mind.

If you are a member of the Melbourne Anash community and would like to join this goral, you can read more details and register here.