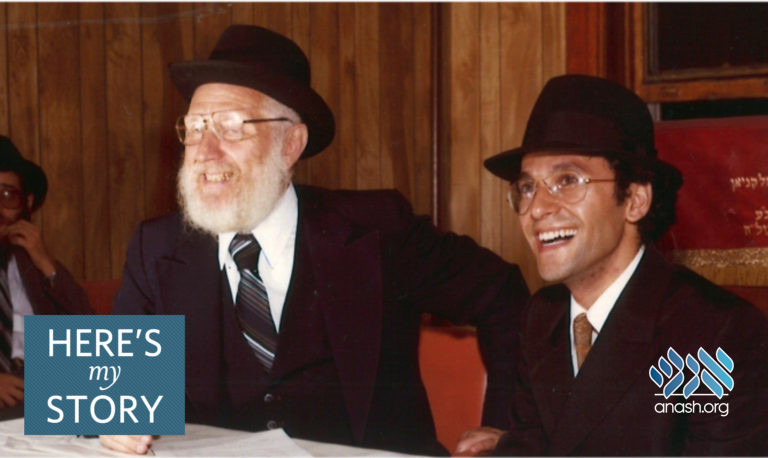 Mr. Moshe Chayempour describes the care and personal interest the Rebbe took in the Iranian children brought over to the U.S. by Chabad activists in Operation Exodus in 1979.

I am a Persian Jew, born in Tehran, Iran. As a young man, I immigrated to the United States where I was educated at the New Jersey Institute of Technology. Then, just about the time when I finished graduate school, the Islamic Revolution happened, and I became involved with the Rebbe’s efforts to rescue the Jewish children of Iran. And this is the story I would like to share in brief.

By way of background, I need to point out that there were some 100,000 Jews happily living in Iran under the rule of the Shah. In those days they had a great deal of freedom, both personal and religious (even if there were some restrictions). This was true until the overthrow of the monarchy in January 1979, and the establishment of an Islamic republic under Ayatollah Khomeini.

The Persian Jews did not want to get rid of the Shah; they loved him. He was a peaceful man, a behind-the-scenes friend of the State of Israel, and when the demonstrations against him started in October of 1977 and grew more intense throughout the following year, they got very nervous. If the Shah lost his throne, the Muslim hardliners would attack them, they feared, and so they appealed to people in the United States to at least get their children to safety.

Rabbi Sholom Ber Hecht — the son of Rabbi J.J. Hecht who headed many of the Rebbe’s educational programs — led a Sephardic synagogue in Queens, and many Persians came to him asking for help. He went to his father, who in turn went to the Rebbe. And the Rebbe gave Rabbi J.J. Hecht the green light to do whatever it took to bring the kids out of Iran.

At that point I became involved and I sat down with Rabbi J.J. Hecht to begin planning. First, we needed to organize proper documentation — the I -20s required by the US government — showing that we accepted all the responsibility for these children and that they would not become a burden on the United States of America. Rabbi Hecht – through the National Committee for Furtherance of Jewish Education of which he was the executive director — guaranteed the financial support of every child, which was about $6,000 per kid (equivalent to about $22,000 today). As well, we got Chabad schools for boys and girls, and also Touro College, to agree to formally accept them as students, which was another requirement of the documentation process.

Once these guarantees were in place, we notified the Jews in Iran to go to the US Embassy in Tehran and get visas for their children. The kids came, not too many at first — less than a handful — but this was when the unrest was still in its early stages.

Once the revolution actually happened and the Shah was overthrown, the Persian Jews went into a state of extreme panic. And then, a year later when Iraq invaded Iran, the Islamic government started drafting kids and sending them to the front, where tens of thousands of boys died — seventeen, sixteen, fifteen years old, some even younger.

The Persian Jews wanted their kids out, but the US embassy in Tehran was no longer functioning, having been raided by the Islamists in November of 1979, with the American diplomats taken hostage. So the British agreed to help us, as long as we acted in total secrecy. Once the children were in London, we would be able to bring them to the US.

The Rebbe advised that those involved in the rescue effort, myself included, should travel to England. The flights from Iran were coming into London, and we would meet the plane on the tarmac, call out the names of the kids on the list and take them by chartered buses to the Chabad House in Stamford Hill. I was the only one who spoke Farsi, and I made sure to greet each child with a big smile and a big hug.

It took about six months to get all the visas organized. Meanwhile, we operated a program in England, with the local yeshivahs helping out. Everything that we did had to be done in extreme secrecy so that the Iranians didn’t get wind of what we were doing.

The children that came were between the ages of seven and twenty- two. Once in the US, they went to Chabad’s educational institutions — the boys to yeshivahs and the girls to Bais Rivka or Machon Chana. The older ones went to Touro College and other universities in the US. Many people volunteered and several organizations helped with donations to run these programs and fulfill all the myriad needs of the children, which were not limited to housing and education, but included health care and emotional support as well. Rabbi J.J. Hecht deserves the lion’s share of the credit for spearheading this effort with the guidance of the Rebbe.

Our aim was to train these kids so that they would grow up as good Jews, and so that — when they entered the mainstream of American society — they would not lose their identity.

But some people misunderstood. The program actually had opponents who began complaining loudly that we were

taking Sephardic Jews and turning them into chasidim. It became a very hot issue.

We consulted the Rebbe about this and he gave us a beautiful answer, which I am going to paraphrase to the best of my recollection: “The children who are Torah observant and have traditions from home should be encouraged to continue to practice their traditions. As far as the kids who have no Jewish background, they can learn from their brethren, or they can learn our customs.” In other words, the kids should be allowed to choose.

Altogether, we brought out over 1,100 children. Today most of them are living in Los Angeles and New York, where a large number of them have kept up their connection with Chabad. They still have such wonderful memories from their stay in Crown Heights where the community — following the example of the Rebbe — embraced them so warmly.

One of the most memorable things that the Rebbe did was to give a huge basket of goodies to each child on Purim. He paid out of his own pocket for these beautiful baskets which his wife, Rebbetzin Chaya Mushka, arranged to be filled with fancy fruits, chocolates, cookies and candies. When they were distributed from the Rebbe’s home on President Street, some of the smaller kids needed help carrying them because they were so large. And on Passover, the Rebbe came to visit all the boys and the girls as they were holding their seders and to say a few words which were translated for them.

What amazes me is that the Rebbe had plenty to do leading his own community, yet he took on the additional responsibility of rescuing the Jewish children of Iran. This really goes to show how much he cared for every Jew. He was the fire, the engine, the accelerator for all the people who worked on this tremendous project and made it a success.

Mr. Moshe Chayempour is an author who resides in Los Angeles, where he was interviewed in September of 2011. Click here to download a PDF version of Here’s My Story.