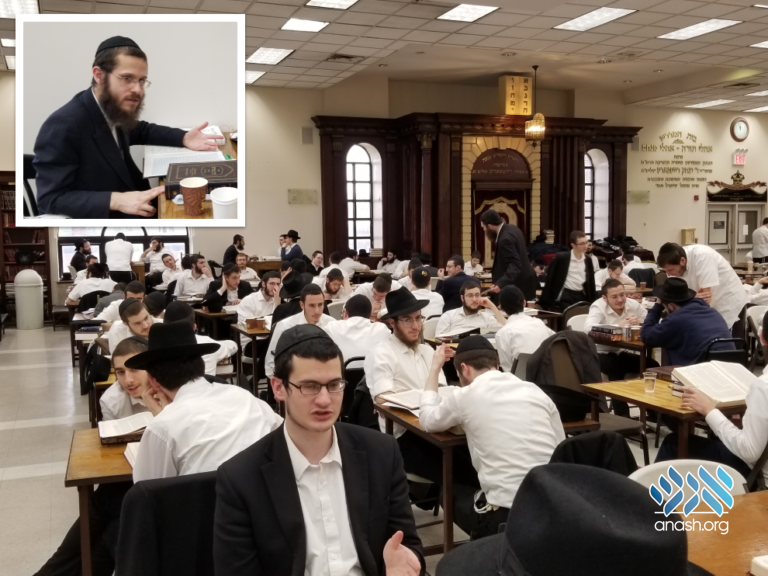 For many years now, when bochurim finish their term of learning in zal, they are sent by their respective yeshivos for a year or two of “shlichus”. The shlichus consists of learning and assisting the bochurim in yeshivos in a different city or continent.

It’s no secret that in today’s day there is a ‘shlichus shortage’. Hundreds of bochurim need to be placed each year, and there aren’t nearly enough yeshiva shlichus positions to go around. In addition, some bochurim would prefer to continue learning for another year before going on shlichus. These factors resulted in a void in the yeshiva system that had yet to be filled.

This year, one yeshiva decided to change that. The board of Oholei Torah, together with the hanholoh of the zal embarked on a revolutionary venture to open a shiur hey. The goal was to give bochurim the opportunity to continue personal learning and growth for another year.

The idea was bounced around for a while before it picked up steam last year. Towards the end of the 5779 zman, it was given the green light. Bochurim who were keeping sedorim and performing well on their tests would be allowed to join the new shiur hey.

At this point, Oholei Torah began searching for a top maggid shiur and menahel, who would be able to stand at the helm. Before long, the yeshiva announced that Rabbi Avrohom Chaim Stern had been hired.

Rabbi Stern himself is a graduate of Oholei Torah. He is young, yet his wisdom surpasses his years. He was known as a big masmid in yeshiva, and spent many years learning in prestigious Lubavitcher kollelim. He has published hundreds of pages of complex Torah discussions in various kovtzim, and Kehos publications is currently in the midst of publishing his sefer on the Tzemach Tzedek’s chiddushim. If all goes as planned, it will Iyh be in stores later this year.

Anash.org decided to hear directly from Rabbi Stern about the new shiur hey and how it’s working out.

Is the concept of a shiur hey a new idea in the Lubavitcher zals?

RS: Yes and no. Before the advent of yeshiva shlichus, bochurim would sit and learn full time until the chasuna.

Was registration for shiur hey open to all?

RS: These bochurim were specially chosen to be part of this group. These are bochurim who excelled in their learning in previous years.

Where is the shiur hey located?

Do you give a shiur?

RS: Throughout the week, we learn the gemara with the classical meforshim. I call over each pair of chavrusos to discuss itwith them personally. Twice a week I give a shiur. During the shiur I elaborate in depth on different ideas from the sugya.

What is the style of the shiur?

RS: The shiur style is unique. We learn the achronim together and discuss it as a group during the shiur. The topics are interactive and give room for discussion. There is a lot of give and take, and the bochurim are fully involved. Our main focus is to make sure every individual bochur grows in their learning.

What do they learn in the afternoon?

RS: We have a clear schedule set up, where the bochurim are learning through the mesechta with Rashi and Tosfos. Our goal is to complete the entire mesechta by the end of the year with chazaroh.

Do you also give the shiurim in chassidus?

RS: Various shiurim in chassidus are given specifically for the shiur hey by Oholei Torah maggidei shiurim: Rabbi Nachman Schapiro, Rabbi Shlomo Kaplan, and Rabbi Shmuel Shur. These special shiurim add a new dimension to their knowledge of chassidus.

Are there any other unique programs?

RS: There are a number of bonus shiurim: on Lekutei Sichos, maamarim, and teshuvos of the Tzemach Tzedek. In addition, on Thursday nights we farbreng together and watch farbrengens of the Rebbe. From time to time, we also bring in guest mashpiyim to farbreng and give shiurim.

Towards the end of the interview, Rabbi Stern commented that the shiur hey “experiment” is off to a great start. The facts show for themselves, the bochurim are fully involved, and excited about their accomplishments. It’s amazing to see how they are immersed in their studies. There is a feeling of closeness between the bochurim, together making this year one to remember. Rabbi Stern says he is confident that this is something that will Iyh continue in years to come, וביתר שאת וביתר עוז.