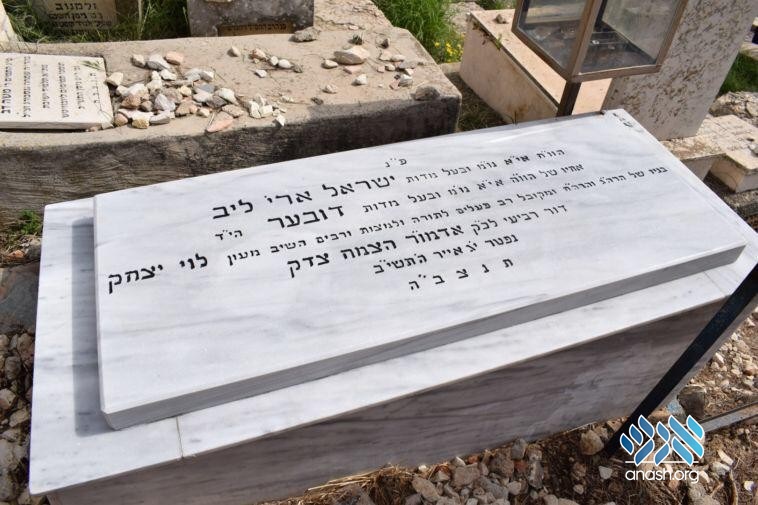 Reb Dovid Raskin was to make a trip to Eretz Yisroel to accompany his daughter there. It turned into a shlichus from the Rebbe that included changes to the kever of the Rebbe’s brother.

In honor of Yud-Gimmel Iyar, the Yahrtzeit of Reb Yisroel Aryeh Leib Schneerson, the Rebbe’s brother.

In the summer of 5733/1973 Reb Dovid Raskin, a”h, was to accompany his daughter to Eretz Yisroel. Before traveling, being the devoted chossid and mekushar, he, of course, notified the Rebbe of his plans. The Rebbe gave Reb Dovid a list of missions to accomplish once already in Eretz Yisroel.

The time was the weeks and just a few months before the eventual Yom Kippur War. That summer the Rebbe shturemed about chinuch, and that the sounds of children learning Torah during the summer months is what will destroy the enemies. Tzach (Lubavitch youth organization) was busy recruiting Kolel yungeleit to go organize and teach classes early in the morning, prior to the beginning of the Kolel seder at 11 am. It was during this tumultuous time that Reb Dovid was to travel to Eretz Yisroel. The full story of his shlichus in conjunction with Tzach in Eretz Yisroel is for another time

One of his stops in Eretz Yisroel was at the old beis hachaim (cemetery) in Tzfas, where he visited the tziyun (resting place) of the AriZal, as well as the kever of the Rebbe’s brother Reb Yisroel Aryeh Leib (RYAL.) Upon returning to New York he immediately finished writing a duch (report) to the Rebbe, which he began to compile while still in Eretz Yisroel, detailing his stops, where and what he spoke, and so on.

The Rebbe responded in a note and asked if the matzeivoh (tombstone) of RYAL needed any fixing? To which Reb Dovid responded that it did. The date of RYAL’s passing was mistakenly written as 12 Iyar, it does not say that he was the Rebbe’s brother, and the writing/etching on the matzeivoh needed to be filled in again since it began to fade. The ink was filled in, and the date was changed, but the Rebbe didn’t accept to have his name on the matzeivoh.