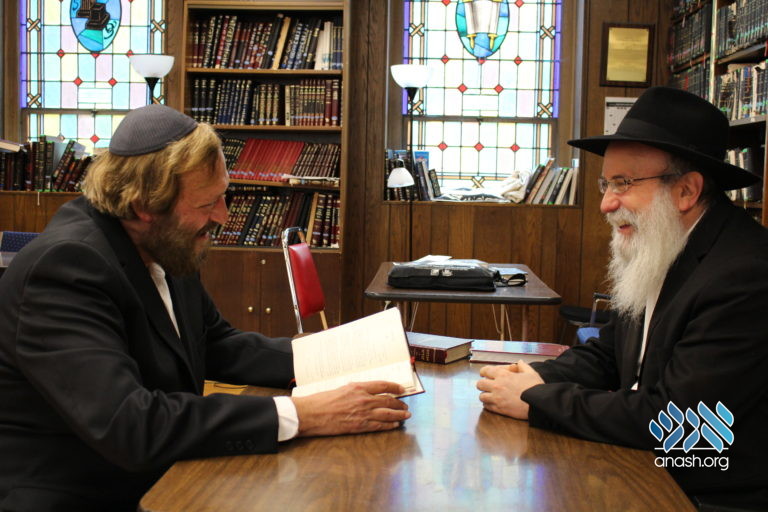 Forty years after he’d last opened a gemara, Simcha Goldstein found himself at Tiferes Bochurim, learning like “one of the boys.”

For the past forty years, Simcha Goldstein of West Orange, New Jersey, worked for major financial institutions, both in the technology and customer service arenas. For the last twenty-two of those years, he worked for a large company with 10,000 employees and close to $4 billion in annual revenue. During that time, he became the senior director of global client services, supervising over 200 international employees, mostly based in Asia. The job entailed extensive travel, primarily to Asia and Europe, taking him away from home for as much as three weeks or more at a time. In October of 2018, Goldstein, sixty-five at the time, decided to retire.

[The job] took a toll on my personal life. I was away from my family on Shabbat, would be unable to participate in family semachot, would miss events at my grandchild’s school. It also caused me to compromise—somewhat—on my level of observance. I was unable to daven with a minyan on a regular basis, and I experienced kashrut challenges.

After I retired, Rabbi Mendy Kasowitz, the shul rabbi at Chabad of West Orange, New Jersey, noticed that I had time on my hands and suggested I try to learn one day a week at the Rabbinical College of America (RCA) in Morristown, New Jersey.

I had attended a Modern Orthodox day school in Boston, where I grew up, as well as a Chareidi yeshivah in Brooklyn. But I hadn’t opened a Gemara in forty years! I now needed to regain the skills I once had. Thankfully, the process was like taking up a bicycle again; you never forget how to ride. So I picked it up very quickly.

From the first day, I loved the learning. It was like Lay’s potato chips; “you can’t eat just one!” I also relished the atmosphere. I decided that this was what I was going to do for the rest of my life. With the full support of my wife of thirty-eight years and my family, I am learning in the kollel every day from seven in the morning until six in the evening.

The most challenging part was adjusting to the change in my self-image. There is quite a contrast between working with professionals in the corporate world and learning in a yeshivah [with men younger than my kids]. I’m probably older than most of the rebbeim. When I first joined the kollel, they called me “Mr. Goldstein” and held the door open for me, but I put a stop to that. They now treat me like one of the boys—it’s a great feeling.

The most fulfilling part is being able to live as an openly religious Jew, wearing my tzitzit out all the time and being able to wear a yarmulke wherever I go. [This is a huge contrast to what I experienced at work.]

It’s essential that one’s spouse agrees to this kind of change; otherwise it won’t work. My wife sees an internal change in me, in how I speak to her, in how we relate to one another. She’s been phenomenal. When I come home in the evening, she asks me, “What did you learn in yeshivah today?” We spend hours reviewing everything. She doesn’t want me to go back to the work world ever again.

I never dreamed I’d wind up doing this. I imagined I’d be sitting by the ocean in Netanya or walking on the beach in Herzliya. Most of my friends understand and admire me for what I’ve chosen to do; some don’t.

When I reach one hundred and twenty years and I leave this world, I don’t want people to say, “He was a Treasury expert.” I want them to say, “He learned Torah; he gave tzedakah; he changed his life in midlife.” It can be done.