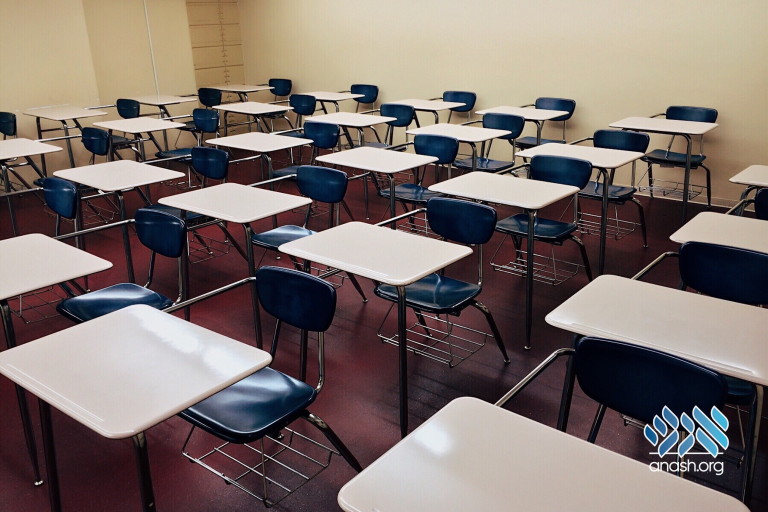 An article by Rabbi Avi Shafran called for “nuances” for the “Moment of Silence.” Let us first familiarize ourselves with the Rebbe’s view.

The time is now for another national campaign to advocate “A moment of silence.” As Chassidim, let’s get in tuned with the nuances of the Rebbe’s approach.

The Rebbe’s reasoning went as follows:

Without an awareness of a higher power, “Each does as is fit in his eyes”. If the policeman is not in sight, there’s no reason to refrain from exposing “his bad heart.”

Man was created with conflicting impulses – some good, some not. What is to inspire man to choose good? What dictates what is good? The only good, true answer is G-d.

If left to each and their thoughts, some feel like shooting up a school for fame or revenge.

How should they behave?! How they want to – they think to themselves.

Am I afraid of the policeman? – Let me think about that…

Morals?! Who decided what’s moral? Who decided that morals are good? Do I actually care about what’s good? …

The only truly good answer is G-d. He created us and is therefore in charge of us, and he tells us what to do, and we’d better listen.

The majority of Americans are believers. But for advocates of the separation of church and state, and for the atheists among us, the Rebbe had a solution:

Let parents tell their children what to think during a moment of silence. Not the teacher.

Why does it need to be in school?!

So that the kid gets the idea that these aren’t just ideas for the house of worship, valued only by their parents and friends. They are valued by the teacher and society at large and are an integral part of being a human being.

When the teacher says to now think about what your parents told you to, children understand that school – the place they spend most of their lives, and which mirrors society to them – not only values their progress in mathematics and chemistry – it values their values and character. It is something of importance.

If you’re an atheist – tell your kid to think about what they would like done to them.

If you’re of the majority which isn’t, tell your kid to think about G-d, who created them and is watching everything they do. G-d commanded not to kill and not to steal. He takes note of every act, he remembers them, they count upstairs, and no one can hide from him.

He loves you and believes in you. Be the best you can be. Let off your frustrations with positive energy and deeds, and G-d will reward you.