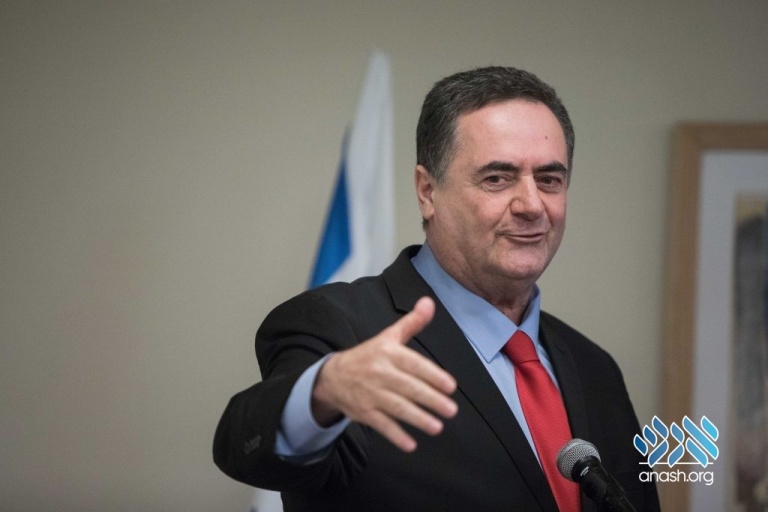 Israel is working with Gulf Arab countries to close a pact that would end the official state of war or hostilities between a number of them and Israel. Foreign Minister Yisrael Katz said in an interview Motzoei Shabbos that he had met with a number of leaders from those countries at the U.N. General Assembly to discuss the matter. In the interview on Channel 12, Katz displayed a rough draft of the agreement.

The pact would allow for greater cooperation between Israel and Gulf states, both of which have a common enemy in Iran. While not a peace treaty or an agreement for full diplomatic relations, the pact would allow Gulf states to remove their own legal blocks on cooperation with Israel, and make it easier for them to cooperate with Israel diplomatically and militarily, Katz said.

The idea is in advanced negotiations, and teams from Israel and the Gulf states are actively pursuing the idea. The project also has the approval of American officials, and was approved by former U.S. liaison Jason Greenblatt, Katz said.

The highlights of the pact include a non-aggression component, in which each party commits to not joining with or abetting an enemy that attacks one of them. It also requires signatories to take steps to prevent violence or incitement against any of the parties from within their borders. Relations will be dictated by the directives of “friendly relations,” based on U.N. standards, and any disputes will be decided by discussion and arbitration.

“Israel has a clear policy to normalize relations with the Gulf states,” Katz said. “We have no argument with them, and we have mutual security interests in our confrontation with the Iranian threat. We can also work on numerous civilian projects with them,” he added.