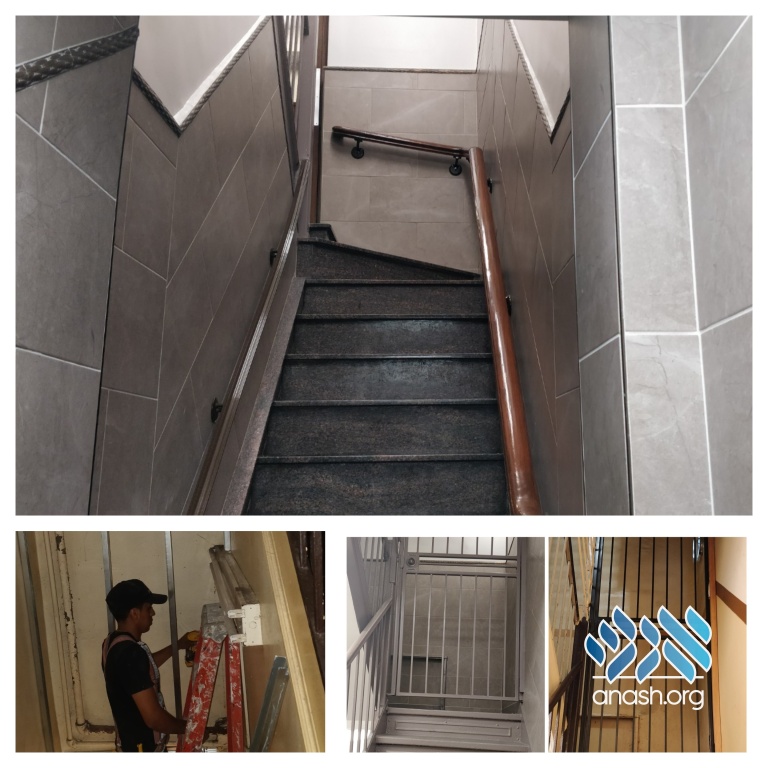 The renovations, which took several weeks, were finished on Erev Rosh Hashanah. Quality materials were used to replace the dilapidated elements. The original banisters that the Rebbe held onto remained and were painted.

The Rebbe would use this staircase to go up following tefilos and farbrengens; the Rebbe came down by way of a different set of stairs.

Below, a set of before and after pictures is shown followed by a picture of the completed renovation.