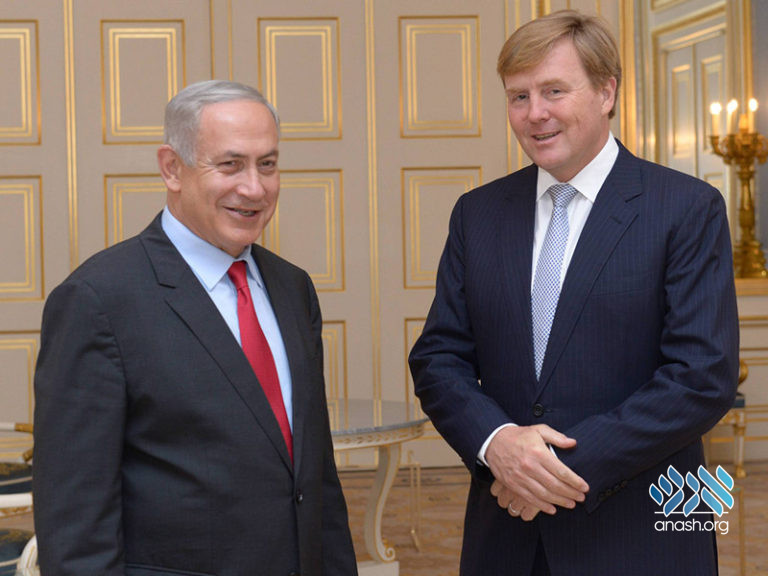 Jewish groups are appealing to the Dutch king and others, to help return Jewish children adopted by Christians during the Holocaust

Against the backdrop of worldwide events marking the 75th anniversary of the liberation of Auschwitz, Yad L’Achim sent emotional appeals to King Willem-Alexander of the Netherlands and Pope Francis asking for their help in notifying Jewish children who were deposited with Christian families during the Holocaust of their true identities.

Desperate Jewish parents looking to save their children arranged for Christian families or institutions to take them in, in the hope that they would return after the War to retrieve them. Tragically, many of the parents never survived and the children continued to be raised as Christians.

Yad L’Achim has been dealing with this painful topic for some 15 years. While some progress has been made, no significant steps have been taken by key bodies like the Vatican or the Dutch government.

The letter to the king of the Netherlands said, in part: “On the occasion of your visit to Israel to mark the 75th anniversary of the liberation of Auschwitz-Birkenau, and as one who holds dear the topic of the Shoah, we appeal to you on a matter of great importance and sensitivity relating to the fate of our people.

“As is widely known, during the Holocaust, many Jewish parents deposited their children with partisans who transferred them to Dutch Christian families to protect them from the Nazis, fully intending to return them to their Jewish families and people…

“In Holland there is a central registry of Jewish youths who were orphaned in World War II kept in the Commissie van Oorlogspleegkindren (OPK). This government agency, established a few years after the War, refused to share its list with the Jews in order to keep them from being able to retrieve the children.

“OPK went so far as to arbitrarily decide which of the children should be identified as Jews. It registered as Christians those who were baptized during or after the war, or whose fathers were Christian and mothers Jewish, or whose parents were nonobservant or regarded as having no religion.”

Yad L’Achim stresses that as opposed to other European government, the Dutch kept precise records on children who were adopted. Nonetheless, the agency set up a few years after World War II to maintain these records failed to take action, despite the cries of the Jewish community.

“The OPK, contrary to Dutch family law – according to which every child must be educated according to the faith of his deceased parents – decided that the physical and psychological state of the child would be the sole consideration taken into account on matters relating to adoption.”

A similar appeal was sent to the Vatican, against the backdrop of the refusal of Pope Pius XII to allow convents or Christian families to returned Jewish children in their care to their families and people after the Holocaust.

Both letters concludes with an appeal for action before it is too late: “Continued silence … on this topic, at a time when so many Jews remain cut off from their people, unaware of their identity, prolongs the suffering of our nation and constitutes victory for the Nazis.

“Every year sees the passing of many thousands of Holocaust survivors. Time is not on our side in our desire to finally bring justice to these children and their parents who died only because they were Jews.

“We plead with you on behalf of those parents who were forced to leave their children alone in the world.

“We ask that you publicly declare that anyone who adopted Jewish children or is aware of the identity of Jewish children from the time of the Holocaust, reveals the truth to them, before it is too late.”