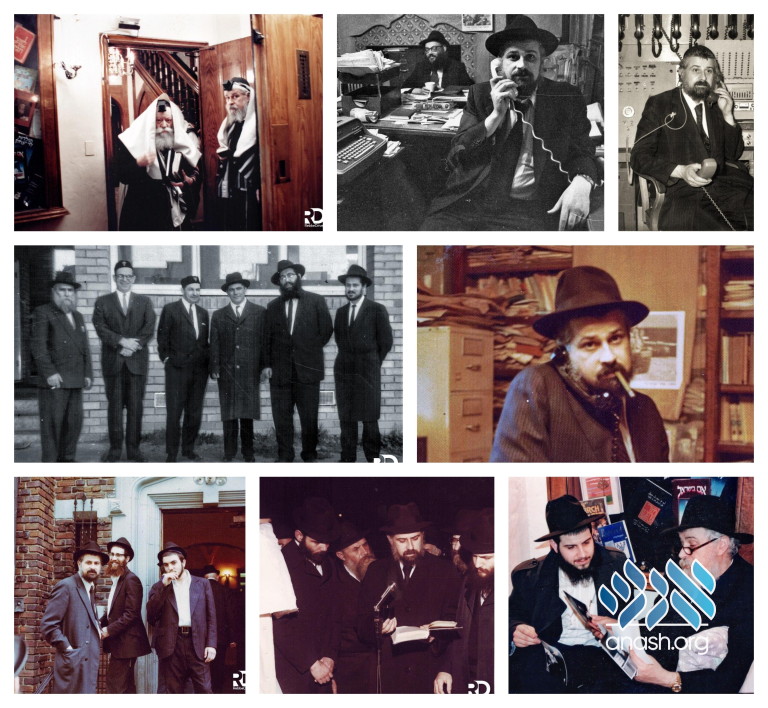 Reb Binyomin Klein left this world suddenly, 4 years ago today, Chai Sivan. Just a day before he had been seen by many at the Ohel. His passing shocked all of anash, young and old. It was truly the end of an era.

Reb Binyomin’s rise to “fame,” so to speak, was a very humble one, just like the rest of his life. If you asked him, he wasn’t anybody special. He had no idea why the Rebbe chose him to work for him in mazkirus. What we do know is that the Rebbe wanted a ba’al sod – someone who wouldn’t share with others what he heard or saw – to join the mazkirus and for over three decades that what the Rebbe had. And then some. There were some stories that he’d tell after Gimmel Tammuz, but there was so much more than he took with him.

This reporter remembers him being the “featured speaker” at an event in Elul of 5769/2009 in Monsey. People there thought this was their opportunity to finally learn all about working for the Rebbe, etc. But most of us were disappointed but amazed how after all those years, and 15 years after Gimmel Tammuz, there wasn’t much that he was willing to divulge. It wasn’t his place to share and it wasn’t our place to know.

The fear and bittul to the Rebbe was legendary. No matter how often and after how many years, every time he went into the Rebbe’s room it was with tremendous trepidation. Reb Binyomin once shared the following thought: He had been told as a bochur in yeshiva by the mashpia Reb Shmaryohu Sasonkin that it was imperative that when standing in the Rebbe’s presence that one makes sure that his thoughts at the time are pure. Upon hearing that he thought to himself how is that possible?! But once he began working in mazkirus he realized that the Rebbe’s knows all your thoughts, so how could it be otherwise?!

Reb Binyomin arrived in 770 in the summer of 5716/1956. He had been a talmid of the yeshiva Toras Emes in Yerushalayim, an orphan from his mother – who passed away soon after giving him life. Five years later he was working for the Rebbe – first in mazkirus, then he was sent for two years to Australia, then he returned to 770 to be a secretary.

Eretz Yisroel’dike bochurim who came to 770 to learn as “kvutza” will tell you that Reb Binyomin was their window to the Rebbe. That they felt like they had a big brother at the Rebbe’s side who would do anything to make their stay here a bit easier. Yungeleit in kolel will tell you that Reb Binyomin – as a member of the Machne Yisroel board, the body that runs the kolel – was the man they could turn to should any issue arise.

Shluchim and others who directed mosdos knew that he would all he could to help them – and with that humble, unassuming mannerism. It wasn’t him, he wasn’t doing anything special, he was just doing his job. And all this was so-to-speak outside the realm of his “regular” job, which involved all of anash, and by extension klal yisroel.

If we could try to grasp the meaning of the Rebbe’s words, we could then maybe understand why the Rebbe told President Shazar, upon introducing the mazkirus to him at his first visit in 5726/1966, that Reb Binyomin was “mein generaal,” my general.

Rabbi Levi Garelik – one of Reb Binyomin’s sons in law, was gracious enough to share with us the following two pages. They were found among Reb Binyomin’s paper after the shiva. They explain the first “mazkirus” job that he had for the Rebbe, still as a bochur.

There was once a public telephone in the hallway upstairs in 770. This was across the hall from what is known as “Reb Meir Harlig’s closet.” This was the nerve center of Lubavitch for decades. All calls to and from 770 would emanate from that payphone. Of course, mazkirus had their own telephones, but for everybody else, this was the phone they used. There are many stories with this phone over the years. Usually, if the phone rang and somebody was in the area he’d answer the phone. Reb Binyomin – while still a bochur – once answered the phone, and Rabbi Hodakov was on the line.

Read the story, as explained in a family teshurah, (hence the term “zeidy”) followed by the notes that Reb Binyomin himself wrote down. (Courtesy: Rabbi Pesach Schmerling)