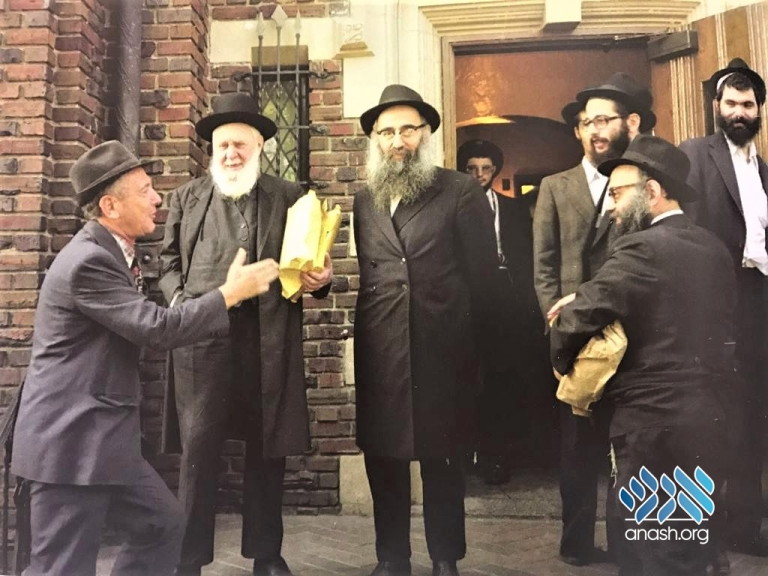 Today, 7 Iyar, is the 8th yahrtzeit of Reb Dovid Raskin, menahel of the Yeshiva in 770 and Chairman of Tzach. Reb Dovid was born in Babruisk in 5687/1927 and survived the War by escaping with his family from Leningrad to Alma Ata, Kazakhstan. While living in Alma Ata (arrived in 5701/2) He and his family merited to serve the Rebbe’s parents Harav Levi Yitzchok and Rebbetzin Chana when they arrived in 5704/1944, until the formers passing on the 20th of Av of that year. After escaping Russia he was a talmid in the Yeshiva in Brunoy. He was zoche to be in yechidus by the Frierdiger Rebbe on Hey Teves, 5710, the day he arrived in New York.

He served as the Menahel of the Central Lubavitcher Yeshiva – 770, and the founding Chairman of Tzach, The Lubavitch Youth Organization, until his passing. He was sent on several missions by the Rebbe over the years and was the Baal Koreh in the Rebbe’s minyan. He was appointed by the Rebbe to be a member of the Rebbe’s mosdos, including Merkos, Machne Yisroel, Beis Rivkah, and Aguch. He also chaired the Hey Teves farbrengens as the Aguch representative.

He was a true example of a chossid and baal avodah, as well as a mekushar to the Rebbe with his entire being.

There will be a farbrengen tonight at 9:45 upstairs in the small zal in 770. Featured speakers will include Reb Yoel Kahan – mashpia roshi, Rabbi Shloime Zarchi – mashpia, Rabbi Chaim Meir Lieberman – Member of Board, Tzach, and Rabbi Kasriel Kastel – Program Director, Tzach. Anash and temimim are encouraged to attend.