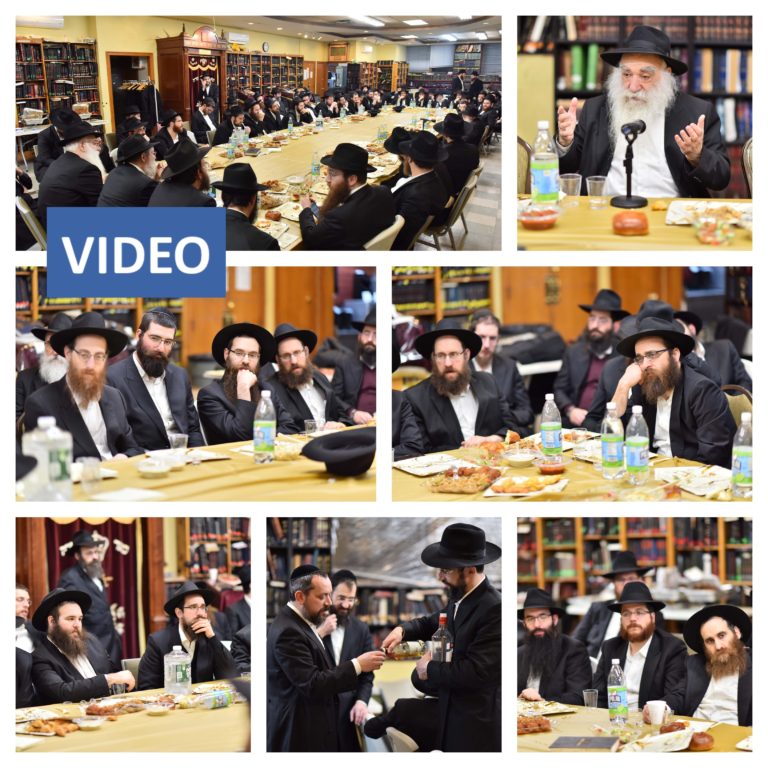 Over 100 melamdim came together this Yud Tes Kislev in a spirit of achdus, to recharge and connect with fellow educators in a dynamic farbrengen, organized by Igud Hamelamdim, the Lubavitch teachers’ association.

The gathering took place in Crown Heights with Harav Hachosid Reb Berel Mochkin, Head shliach of Montreal, a melamed himself for over 50 years לאויוש”ט.

Amongst other things, Reb Berel highlighted the two crucial elements of a Chossid that the Rebbe emphasized: being mashpia on others (the primary role of a mechanech) as well as working on oneself. Indeed, one without the other is not an option.

Reb Berel also shared experiences that impacted his childhood. He described watching his melamed R’ Michoel Teitelbaum daven, after hours of learning Chassidus. He had the zechus to see the way R’ Nissan Nemenov davened, and one vivid memory that made an everlasting impression on him, was observing R’ Nissen put food in his mouth, as he took his breakfast in the home of his illustrious father Reb Peretz Mochkin.

The mechanchim left the farbrengen deeply moved, and with a heightened sense of awe.

Rabbi Avrohom Bluming, director of Igud Hamelamdim, said: “We source and hire a broad range of renowned, high–impact mechanchim from far and near, to farbreng and share their expertise, chinuch methodology tools and secrets of influence, while simultaneously tapping into the theme of the day to inspire the teacher.”

Each farbrengen delivers invaluable lessons to help teachers improve their hadracha and provides a surge of inspiration to warm and fuel their motivation until the next gathering. Thus, a Mechanchim Farbengen has a two-fold effect, uplifting not only the teachers, but through them, their students.