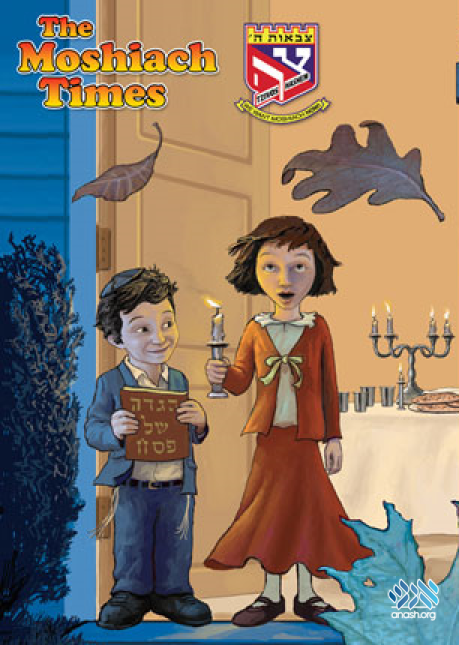 A Note from the Rebbe: When reviewing drafts for the Moshiach Times, the Rebbe hinted that illustrations should depict scenes that children would be able to emulate.

The Moshiach Times is a children’s magazine that has been published by Tzivos Hashem since 5741/1981. From the very first issue, the Rebbe reviewed the drafts, and gave specific instructions regarding the magazine’s illustrations. An underlying theme in many of the Rebbe’s comments was the need to consider the message that children (the intended audience of the magazine) would take from the images.

The cover of the 5750/1990 Pesach edition featured an illustration of a family cleaning their house for Pesach. In the draft sent to the Rebbe, a sheep was pictured tied to the bed, in preparation for the Korban Pesach.

In response the Rebbe wrote:

It is unclear if it is appropriate to include (only) an image that is specific to the Beis Hamikdash. There are many other Pesach related pictures to choose from, such as Matzah, burning the Chometz or Charoses.

Apparently, the Rebbe wanted the picture to be one that would translate into practical observance.

For an interesting interview with Rabbi Dovid Shalom Pape,
regarding the the many instructions the Rebbe gave to The Moshiach Times see here.