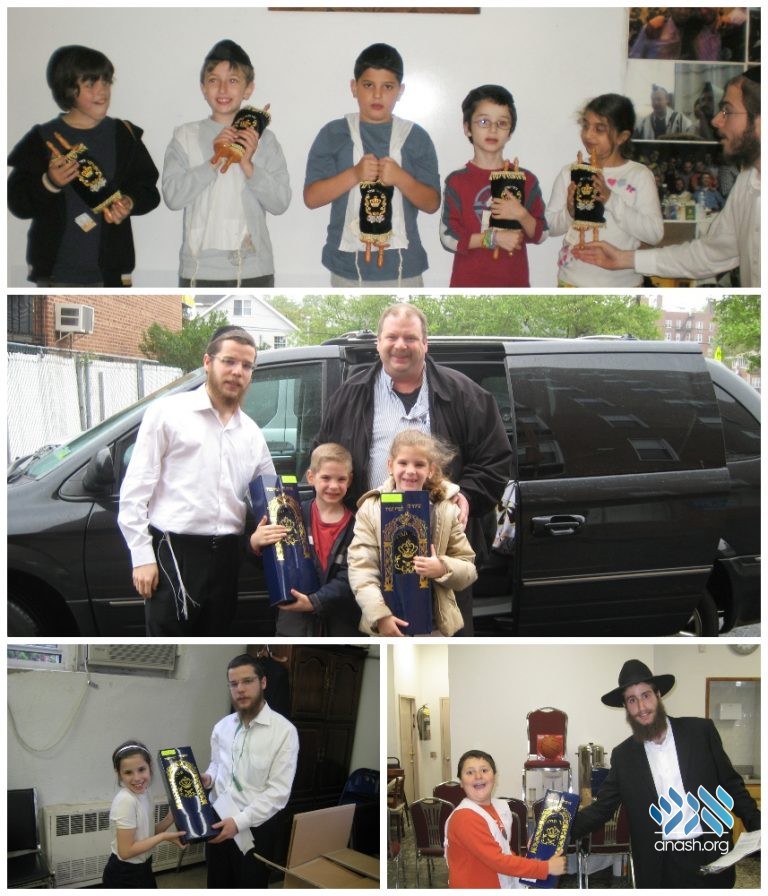 Release Time volunteers overcame tremendous challenges this Shavuos, with some bochurim walking for hours, all to enable public school kids to hear the Aseres HaDibros.

by Motti Wilhelm for Release Time

With public schools long closed and a still-raging pandemic forcing children to quarantine at home, Released Time had every excuse not to arrange Shavuos programs. Nevertheless, knowing the children’s thirst for anything connected to Judaism, the directors of Released Time got to work.

For the past 80 years, the Released Time program has been sending instructors to pick up students from public schools around New York every Wednesday and give them one hour of authentic Jewish education. Around yomim tovim, the instructors teach about the upcoming date, and supply them with the tools to celebrate, be it matzah for Pesach, a menorah for Chanukah, or shalach manos before Purim.

The yom tov of Shavuos this year, however, presented challenges unparalleled in all the decades of Released Time. Public Schools had been closed for weeks, and with them the weekly ‘Jewish Hour.’ Shuls were only beginning to open up, and health regulations prevented many from attending. How then could it be assured that the ‘Released Time children’ would hear Aseres HaDibros as the Rebbe instructed?

To explore the different options, a meeting was held before Shavuos in the Released Time headquarters, with Rabbi Shazak Zirkind, director of Released Time, Rabbi Yehoshua Shneur, Izzy Adelist, and the bochurim from Crown Heights who volunteered to help with this vital campaign. After some debate, they decided that the best option would be to personally call children, one by one, and invite them to come to a nearby shul on Shavuos, where bochurim would meet them after having walked from Crown Heights.

Arrangements were quickly made, shuls were called and agreed to host the Torah readings, and things started falling into place. But then, mere days before Shavuos, a new challenge arose. The NYPD had called shuls in the NYC area and warned them against having large yom tov gatherings. Hearing the warning, many shuls backed out of hosting the Released Time programs, leaving the organizers to scramble and find new locations in just a few days.

Shavuos morning, the bochurim woke up early, picked up refreshments and ice cream from the Released Time headquarters, which had been generously sponsored by Mr. Yossi and Batsheva Popack, and began their trek to the shuls around New York City. Forest Hills, Kew Garden Hills, Fresh Meadows, and Jamaica Estates were only some of the locations the bochurim headed to early Shavuos morning.

Arriving in each location, the bochurim went from house to house, picking up the Released Time children and their parents, and bringing them to the pre-arranged locations, where they read Aseres HaDibros and enjoyed the traditional dairy treats. Many of the bochurim were not satisfied with one location and went on to walk another hour or so to reach a second location, and many more yiddishe neshamos.

“The response was unbelievable,” said Naftoli Wilhelm, one of the bochurim. “The children and the parents thanked us warmly for giving them a holiday experience, and even the shuls expressed their admiration for our dedication.

In one location, the bochurim met two Jewish teenagers and convinced them to join the reading of Aseres HaDibros. They then ‘farbrenged’ with the teens about tefillin, and the two committed to begin putting them on each day. As the bochurim were leaving the shul to head to their next location, they were surprised to see the teens joining them. They walked together for a full hour, speaking the whole way about Yiddishkeit.

In total, over 20 readings of Aseres HaDibros were held with hundreds of participants, the vast majority only experiencing the yom tov in this setting.

“Disregarding all the challenges, we managed to reach a large percentage of Released Time children,” said Rabbi Yehoshua Shneur, Released Time coordinator. “Without doubt, the children will remember this Shavuos, celebrated despite all odds, for many years to come.”

“A special thank you goes to Rabbi Yackov Zevulun Horowitz, shliach in Queens, Rabbi Meir Pape, Shmuel Hendel and Naftoli Wilhelm,” said Rabbi Zirkind. “They each put in hours upon hours to make the program a success.”