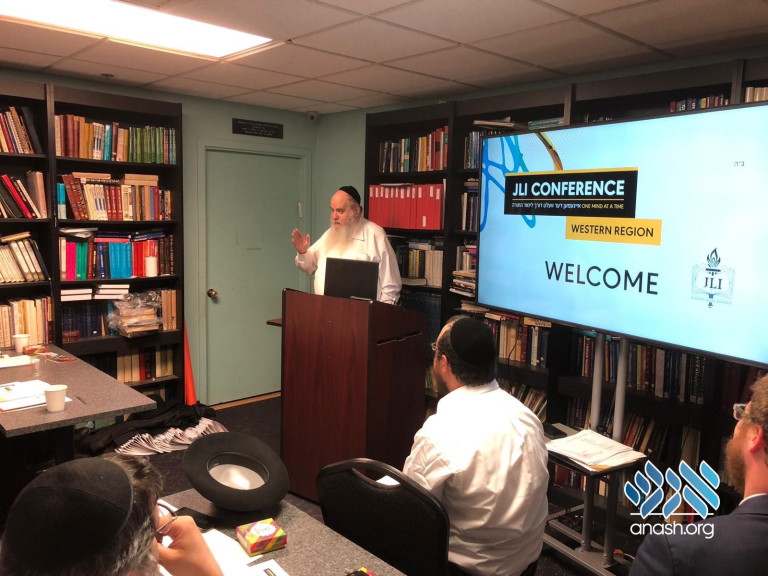 The past Shabbos Parshas Behar, shluchim from many Western States gathered for the Western regional Kinus in Phoenix, Arizona.

On the opening day of the regional kinus, JLI affiliates from those states joined for inspiring and informative sessions, panels and roundtables on marketing and pedagogy.

The first of eleven regional JLI conferences taking place across the globe through the summer, the event was a change from JLI’s national conference in New York.

The regional conferences allow for elevated discussion and interaction among the Shluchim and JLI representatives from New York.  The more-intimate discussions at the regional conferences deepen and expand the reciprocal relationship between JLI instructors in the field, course developers and key JLI staff to work together to meet the needs of each community.

Upcoming JLI conferences can be found at www.MYJLI.com/conference